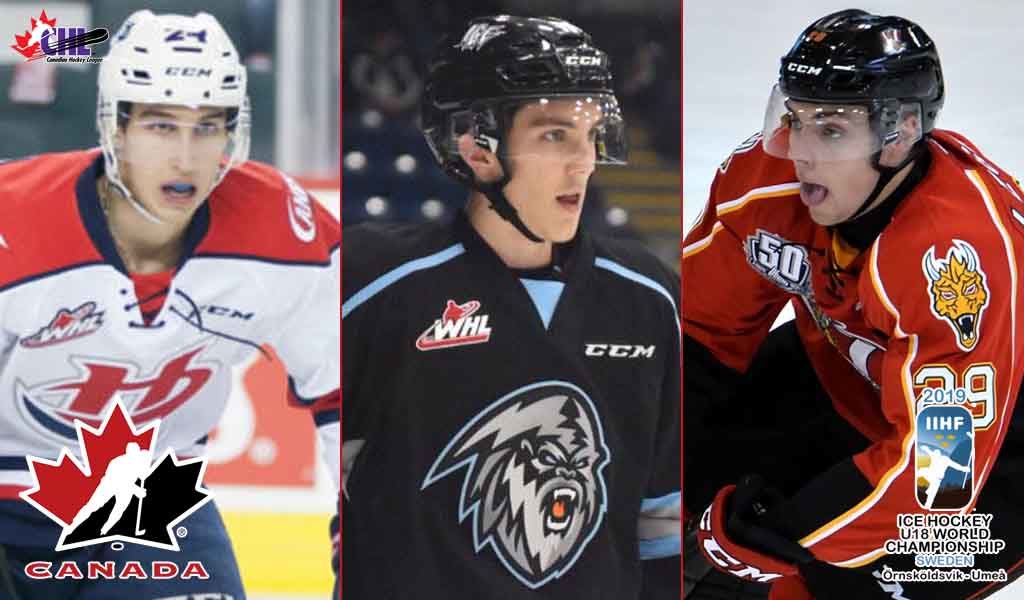 It’s the second such announcement for Krebs this season, as the Okotoks, Alta., native was named captain of the ICE franchise last December, becoming the youngest captain in the Western Hockey League.

The first-overall selection in the 2016 WHL Bantam Draft, Krebs completed his freshman campaign in 2017-18, finishing with 54 points in 67 games to lead all rookies in scoring. Meanwhile, his 68 points led the way for the ICE in 2018-19.

It’s been a busy year for Krebs, who earlier this season took part in the 2019 Sherwin-Williams CHL/NHL Top Prospects Game, while the U18 marks his latest opportunity on the international stage after competing with Team Canada at the 2018 Hlinka Gretzky Cup, where he posted five points in five games en route to a gold medal. Eligible for this year’s NHL draft, Krebs ranked eighth among North Americans skaters in Central Scouting’s latest report.

Serving as alternate captains will be Lethbridge Hurricanes forward Dylan Cozens, who hails from Whitehorse, Y.T., as well as forward Nathan Legare of the Baie-Comeau Drakkar, a native of Montreal, Que. Like Krebs, both players took part in this year’s CHL prospect showcase – Cozens captained Team Cherry, while he was also apart of the Team Canada delegation at the 2018 Hlinka Gretzky Cup.

In 2017-18 – his first season in the WHL – Cozens finished with 53 points in 57 games and was recognized with the Jim Piggott Memorial Trophy, presented to the rookie of the year. He then followed up that performance with 84 points in just 68 appearances this season, helping him become the third-ranked North American skater by Central Scouting ahead of the 2019 NHL Draft in Vancouver.

Legare recently wrapped up his second season with the Drakkar and is set to join Team Canada after his junior club fell in a hard-fought seven games in the opening round of the QMJHL playoffs. The budding right-wing finished with 87 points in 68 games this season and ranked 64th among North American skaters in Central Scouting’s midterm assessment.

The 2019 IIHF U18 World Championship will be held in Ornskoldsvik and Umea, Sweden, and begins April 18, with Canada’s first game coming on the opening day versus Finland.