Round Robin Preview: Huskies at Raiders 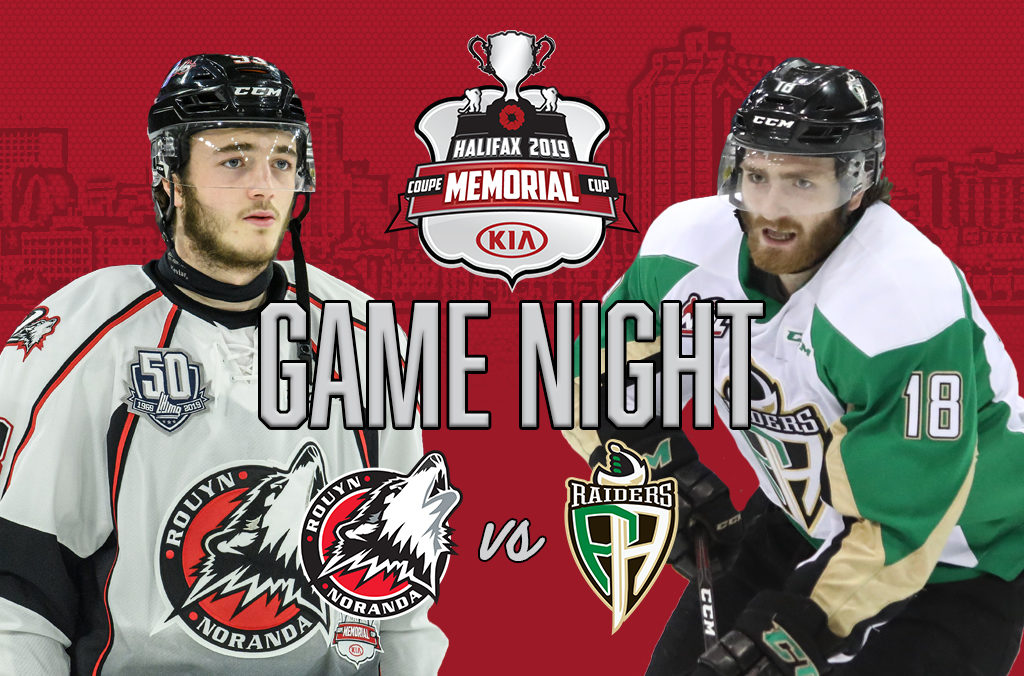 It’s been a two-day layoff for the Raiders, whose opening game at the year-end tournament went Friday versus the host Halifax Mooseheads as the team came out on the losing side of a 4-1 final. San Jose Sharks prospect Noah Gregor picked up the lone marker for the Raiders, while netminder and Toronto Maple Leafs draft pick Ian Scott was plenty busy in the crease, allowing just three goals on 36 shots before Mooseheads captain Antoine Morand drove home the dagger with an empty netter.

In hopes of extending their stay in the CHL championship – the franchise’s first appearance since its initial Ed Chynoweth Cup title in 1985 – the Raiders will undoubtedly be looking for more from draft-eligible right-wing Brett Leason, who was held off the score sheet in the team’s first round robin game as he wrapped up the night with a minus-one rating and a single shot on goal. Following a modest 32-point finish in 2017-18, the 20-year-old Leason had a breakout campaign this season as he collected 89 points to lead the team in scoring despite missing time to take part in the 2019 IIHF World Junior Hockey Championship. The Calgary native then added another 25 points in 22 postseason appearances to finish second in WHL playoff scoring, just one point shy of Vancouver blue-liner and fellow 2019 NHL Draft candidate Bowen Byram.

Meanwhile, the Raiders will be facing off against a Huskies squad also in search of its first win at the 2019 Memorial Cup presented by Kia after the club dropped its opener against the Ontario Hockey League champion Guelph Storm by a 5-2 score.

The Saturday contest saw the Huskies get off to a strong start as centre Vincent Marleau found the back of the net less than three minutes into the opening frame. While only a one-goal margin, it appeared the Huskies were on the path to victory given the team posted a 13-0 record in the playoffs when it scored the game-opening goal. It was not to be however, as the Storm followed up with four unanswered tallies of their own before left-wing and Boston Bruins draft pick Jakub Lauko brought his team back within two.

In all, it marked just the 12th time this year that the Huskies were defeated in regulation after the club put up a 59-8-0-1 showing during the 2018-19 campaign – setting a QMJHL record for wins in a season – before losing just three times in 60-minute efforts in the postseason en route to the franchise’s second league title in four seasons.

While there was plenty of team success for the Huskies this season, there was also a lot to celebrate at the individual level as 21-year-old centre Peter Abbandonato put up 29 goals and 82 assists for a league-leading 111 points to capture the Jean Beliveau Trophy. Abbandonato became just the second member of the Huskies to win the QMJHL scoring title in franchise history, and first since former star Mike Ribeiro did so in 1999. Against the Storm, Abbandonato failed to record a point and was limited to a single shot. In 15 playoff appearances, in which he recorded 27 points, Abbandonato was held off the score sheet on just two occasions. The Huskies also need more from budding blue-liner and New York Islanders prospect Noah Dobson, who won the Memorial Cup last season with the Acadie-Bathurst Titan but who came up with a minus-two showing and rare turnover versus the Storm.

Catch all the action between the Huskies and Raiders on Monday at 7 p.m. ET/4 p.m. PT on Sportsnet and Sportsnet NOW. Fans can also tune in at CHLLive.ca.

Next up: Tuesday action sees the OHL’s Guelph Storm face off with the WHL’s Prince Albert Raiders.