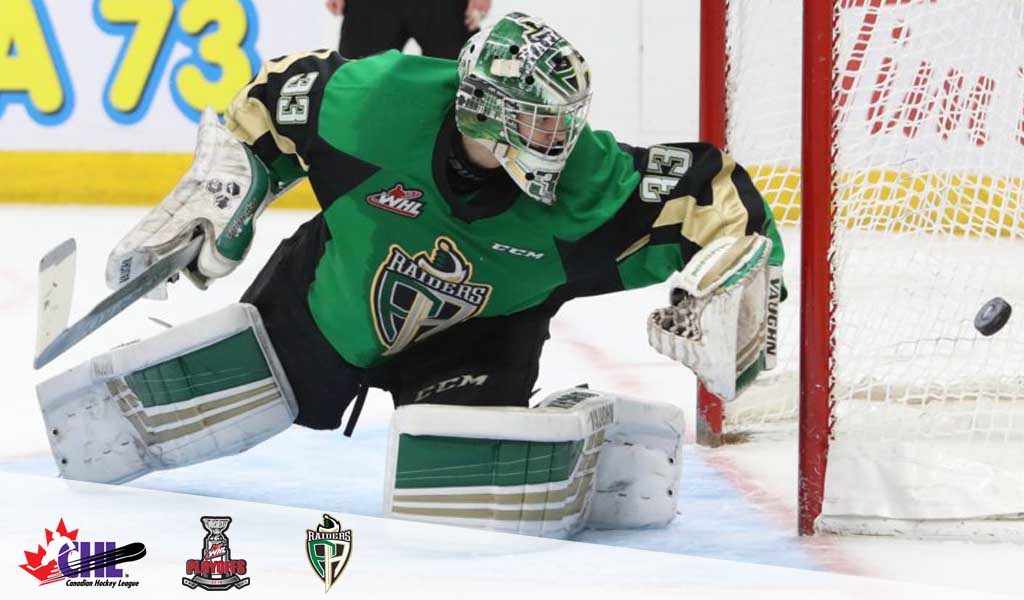 Patience has paid off for Ian Scott.

Beginning his junior career with the WHL’s Prince Albert Raiders in 2015-16, like most netminders Scott started in a backup role before taking over the top-dog duties the following year.

That season, on a rebuilding Raiders squad that finished third-last league-wide, Scott was persistently peppered, seeing more than 30 shots against per game.

While his play between the pipes didn’t show up on Prince Albert’s side of the scoreboard, it ultimately served as an opportunity for talent evaluators to get a glimpse of a budding goaltender, who months later was selected by the Toronto Maple Leafs in the fourth round of the 2017 NHL Draft.

For Scott, it was the next step on the developmental ladder, as he then posted a winning record in the 2017-18 campaign before entering the current season, with much anticipation of the Raiders taking their first shot at a Memorial Cup championship.

While much focus on the team zeroed in on breakout forward Brett Leason, passed over in the past two NHL drafts but now a projected early selection, Scott has done his part between the pipes, often looking unbeatable.

Through 49 appearances this season, Scott won more than three-quarters of his games as he came away with a spectacular 38 victories, while also finishing second league-wide with a 1.83 goals-against average and a rock solid .932 save percentage. Meanwhile, no netminder pitched more perfect games as Scott finished with a WHL-leading eight shutouts. He even added a goal of his own for good measure.

Despite a mantel full of hardware, a modest Scott is quick to point to his Prince Albert teammates who played a part in him filling his trophy case this season, telling Trevor Redden of Prince Albert Now, “A lot of thanks goes toward the guys in front of me. They blocked a lot of shots and cleared a lot of lanes.”

As impressive as his performance was this season, Scott has now carried it through to the playoffs, where despite the games ratcheting up in intensity, he’s collected 12 wins and already has three perfect games to his name as he became the first Prince Albert netminder in 14 years to post multiple shutouts in a single playoff run.

Now, there’s one more step on the ladder, as the Raiders will face off against the Western Conference champion Vancouver Giants as they look to raise the Ed Chynoweth Cup and punch their ticket to the CHL championship round.

The Raiders advanced to the WHL Final and will compete against the Vancouver Giants for the Ed Chynoweth Cup, with the winner moving on to the 2019 Memorial Cup presented by Kia. The WHL Final begins Friday in Prince Albert. For complete WHL playoff preview coverage, click here.