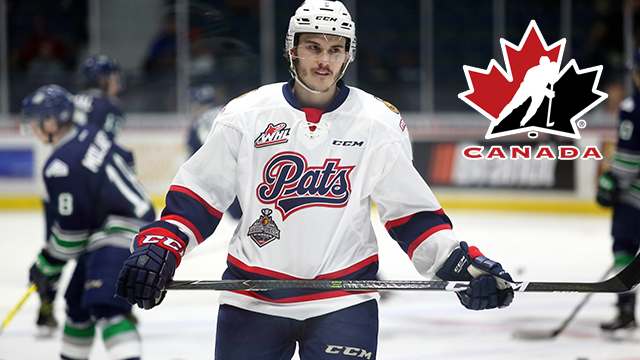 Mahura (St. Albert, Alta./Regina, WHL), is expected to rejoin the team on Sunday and will continue preparations while the team monitors defenseman Dante Fabbro’s (Coquitlam, B.C./Boston University, HE) lower body injury. Fabbro is receiving treatment and may be eligible to return for the World Junior Championship.

“We are thankful to Josh for agreeing to return to the team for the pre-tournament phase in our preparations,” said  Joël Bouchard, Program of Excellence Management Group. “We also want to thank the Regina Pats, the Western Hockey League and the Canadian Hockey League for their support through this process.”

Canada will play a pair of pre-tournament games this week, starting Dec. 20 when they face the Czech Republic in London, Ont. They will follow that game with a match-up against Switzerland on Dec. 22 in Hamilton, Ont., before finalizing their National Junior Team roster on Dec. 24.

The puck officially drops on Boxing Day when Canada takes on Finland at 4 p.m. ET. TSN and RDS, the official broadcasters of Hockey Canada, will once again provide wall-to-wall game coverage and analysis throughout the tournament, including the two pre-tournament games on TSN; check local listings for details.