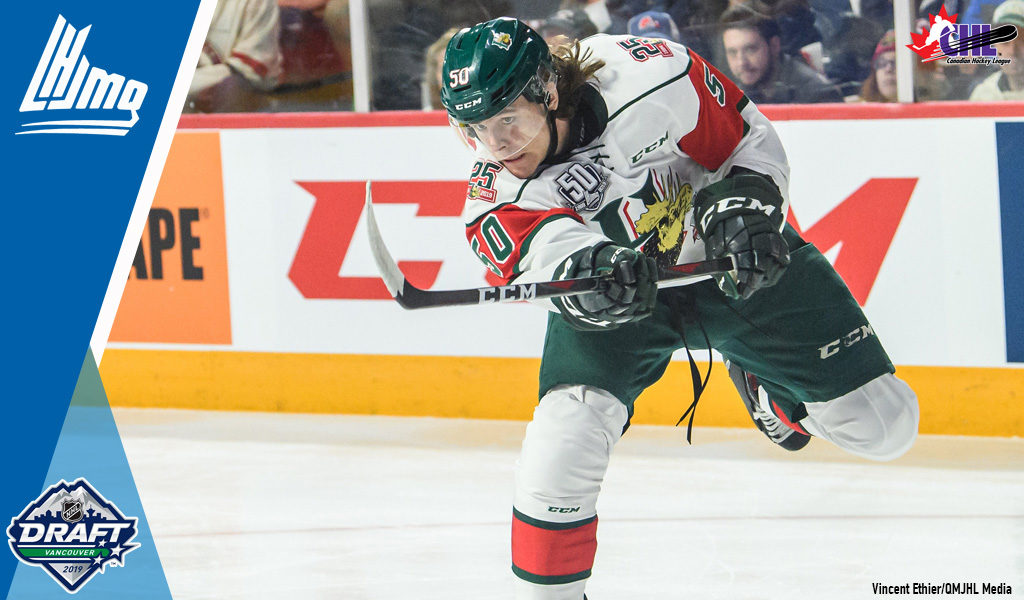 Raphael Lavoie brings a unique ability that has surely drawn the attention of scouts – raising his game for the important moments.

That much was evident this spring when Lavoie put up an eye-popping 20 goals to not only lead the QMJHL in goal scoring but also help guide the Halifax Mooseheads to President’s Cup Final. That performance followed a solid regular-season showing by Lavoie in which he registered 32 goals and 41 assists for 73 points in 62 games.

A projected first rounder at the 2019 NHL Draft in Vancouver, the budding centre rounded out his game with a Mooseheads team that has a strong history of developing elite pro talents, including a pair of former first-overall selections in Nathan MacKinnon (2013, Colorado) and Nico Hischier (2017, New Jersey).

“Another big player (6-foot-4, 198 pounds) who has a lights-out shot — there really isn’t anything he can’t do,” Sportsnet’s Sam Cosentino wrote in May. “Lavoie has been particularly ornery in the playoffs, and that has made scouts stand up and pay attention. He plays with a chip on his shoulder, doesn’t care what anyone thinks about him and is amongst the best pure snipers in this draft class.”

A late birthday, Lavoie missed the cut-off date for last year’s draft by 10 days, but the extra time in the junior ranks evidently helped the Lavoie, Que., native further refine his game as he headlines 32 players from the QMJHL who are ranked for the 2019 NHL Draft. That group includes Lavoie’s Mooseheads teammate and fellow forward Xavier Parent, who ranks 209th among North American skaters. In all, the Mooseheads are one of 11 QMJHL teams with multiple players projected for this year’s draft, with the Val-d’Or Foreurs leading the way with four promising prospects.