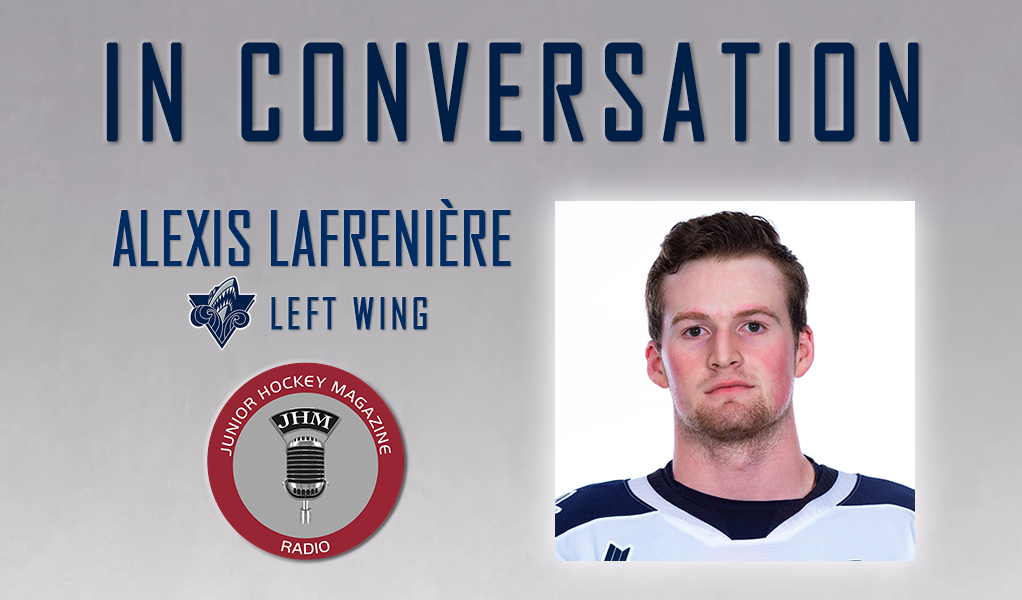 When the 2020 NHL Draft will take place remains unknown, but one thing that seems for certain is that Alexis Lafreniere of the Rimouski Oceanic will be the top pick when that day comes.

Slotted first among North American skaters in NHL Central Scouting’s Final Rankings, the reigning CHL Player of the Year put together another dominant season in which his 112-point performance finished second among all scorers across the circuit, all part of a decorated year that also saw Lafreniere play a key role in helping Canada capture its 18th gold medal at the 2020 World Junior Championship.

Lafreniere recently sat down with Junior Hockey Magazine to discuss his play this season, his experience at the 2020 World Juniors, and how he continues to prepare for the NHL Draft despite the uncertainty caused by the COVID-19 pandemic:

Junior Hockey Magazine: What was it like competing at the World Juniors?

Alexis Lafreniere: It was a really big moment for me. Growing up, you dream about it and last year we didn’t get the result that we wanted so to come back this year and to be able to win that, it was a big moment in my career so far.

JHM: This season you averaged more than two points per game, totaling 112 points in 52 games, running away with the QMJHL scoring title. How would you rate your play this season?

JHM: The cancellation of the remainder of the season meant Rimouski finished the season fourth in the QMJHL with 84 points in 64 games. What was this season like from a team perspective?

AL: It was tough news for me, and all the teams. We had a great team this year and we believed we could do something special so it is a little bit sad but we have to make sure that everyone is staying healthy.

JHM: The NHL has postponed the combine and the Draft, so how are you as the projected first-overall pick preparing ahead of draft day?

AL: My trainer during the summer gave me some trainings to work out at home where I have all the equipment that I need to get stronger and try to stay in shape. It’s different but I think I can get stronger even if I train at my house.

JHM: A modified draft day means there is no guarantee you’ll have the opportunity to walk up on stage during the draft like every other year. How disappointing is that to you?

AL: It would be a little bit different but it is still an honour to get drafted by an NHL team. It is really special. It may be different, we don’t know yet. I am living it day-by-day and we will see what happens.

JHM: You grew up less than a two-hour drive from Ottawa, and the Senators have among the best statistical odds to win the NHL Draft Lottery, which means you could potentially start your NHL career very close to home. What would that mean to you?

JHM: What memories do you take away from this season?

AL: It was a fun season. I had a lot of fun playing in Rimouski with the team we had. It was a real special team, and for sure at World Juniors, it was a dream come true for me and all of the players who were there. With the group we had, we had a lot of fun. It’s a little bit sad that the season came to an end quickly like this but everyone has to stay healthy and that is the important thing.