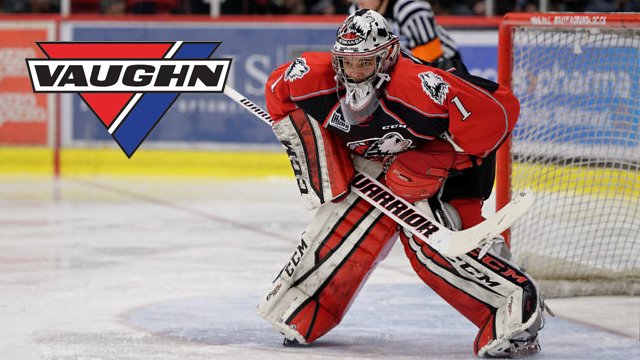 Toronto, ON – The Canadian Hockey League today announced that Samuel Harvey of the Rouyn-Noranda Huskies is the Vaughn CHL Goaltender of the Week for the week ending October 2 after posting a 3-0-0-0 record with a goals-against-average of 1.33 and save percentage of .951.

Harvey made 77 saves last week backstopping the first place Huskies to three straight road victories.  On Wednesday night he made 26 saves in a 4-1 win over the Val-d’Or Foreurs, then made 33 saves on Friday as part of a 5-2 win over the Sherbrooke Phoenix.  His week wrapped up with an 18-save performance on Saturday in a 5-1 win over the Gatineau Olympiques.

An 18-year-old from Alma, QC, Harvey is playing in his third QMJHL season with the defending league champion Huskies after being selected by the club in the second round of the 2014 QMJHL Entry Draft.  In five games this season he carries a 4-0-0-1 record with a goals-against-average of 1.77 and save percentage of .937 after posting marks of 2.74 and .889 in 35 games last season.