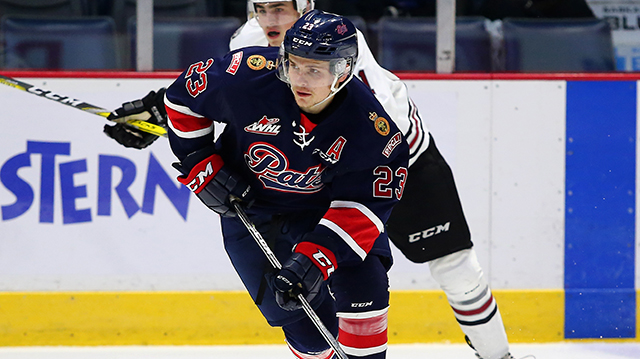 Toronto, ON – The Canadian Hockey League today announced that Anaheim Ducks prospect Sam Steel of the Regina Pats is the CHL Player of the Week for the week ending October 2 after scoring four goals and three assists for seven points in two games with a plus-minus rating of plus-3.

Steel returned from his first NHL Camp experience with the Ducks and made an immediate impact with the Pats who picked up a pair of victories last week.  On Friday night he scored twice in his season debut and earned second star honours in a 6-3 victory over the Edmonton Oil Kings, then recorded a career-high five points on Sunday with two goals and three assists as first star of a 7-2 win over the Red Deer Rebels.