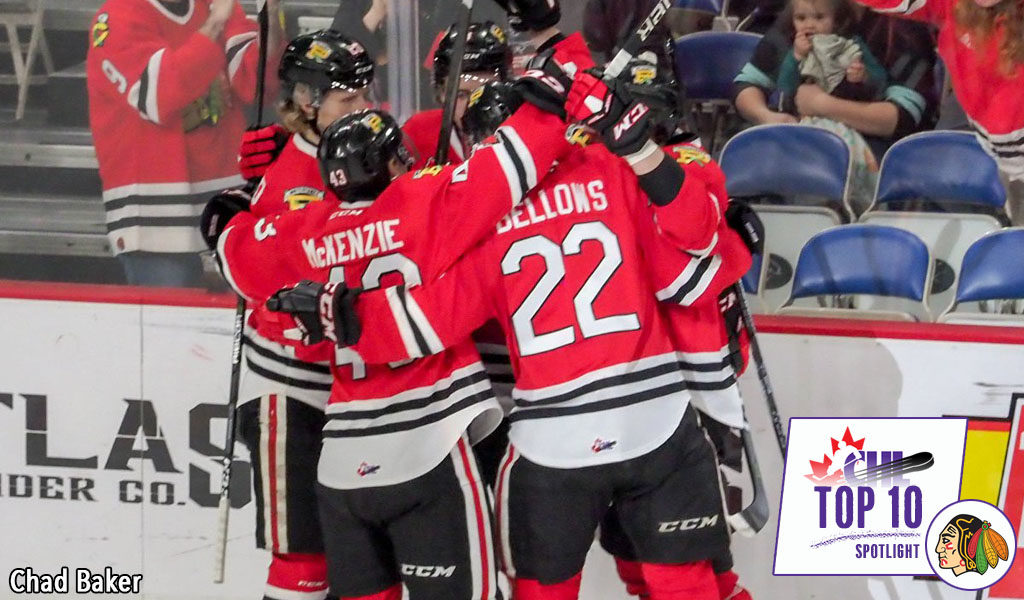 They’ve yet to make an appearance in CHL Top 10 Spotlight instalments this season, but we’d be remiss if we didn’t take a look at the WHL’s Portland Winterhawks whose five game winning streak has earned them an honourable mention in the latest rankings.

The 35-18-1-3 Winterhawks sit two points back of first place Everett in the U.S. Division and boast the WHL’s fourth-best record under veteran head coach Mike Johnston.

It hasn’t just been the big guns producing though, much of Portland’s recent success can be attributed to the steady contributions of second unit Ryan Hughes (11-14–25), Joachim Blichfeld (20-27–47) and centreman Alex Overhardt (13-22–35) who accounted for eight goals in four games last week.

“We complement each other pretty well,” Hughes told the Portland Tribune’s Paul Danzer. “Blichfeld can shoot the puck really well and Overhardt is a good defensive player.”

Hughes, who was sidelined for two months after suffering a broken leg in October, has goals in four of his last five games.

“I had to get some strength back in my legs, and I feel like my speed is picking up now.”

Increased depth has been a welcome sight for Johnston, who recently won his 300th career WHL game. The Winterhawks suffered a rash of injuries and missed key players in Bellows, Blichfeld and Jokiharju off at the World Juniors throughout late December and early January.

“You have more depth and more versatility with what you can do with your lineup,” he said. “If there’s a penalty killer in the box, you’ve got another guy on the bench that you can use. You have more resources you can use as a coach.”

With a 2.77 goals-against average, .911 save percentage and 26-13-1-3 record through 44 games, Kehler’s strong play drew the interest of the Los Angeles Kings, who signed him to an entry-level NHL contract back in December.

Among the best road teams in the WHL this season at 18-8-1-1, the Hawks have excelled at home of late with seven straight victories between the Moda Centre and Veterans Memorial Coliseum. Their latest home triumph came against the Seattle Thunderbirds on Sunday, a game that saw the windows atop the VMC opened for the daylight sun to shine in as players donned eye black to cut down the glare reflecting off the ice surface.

The Hawks return to action tonight at home to the Vancouver Giants before a week off to rest up for the stretch run toward the 2018 WHL Playoffs.

A pillar of consistency these past eight years, the 2013 WHL Champions have reached the championship series four times and captured three U.S. Division titles since 2010.