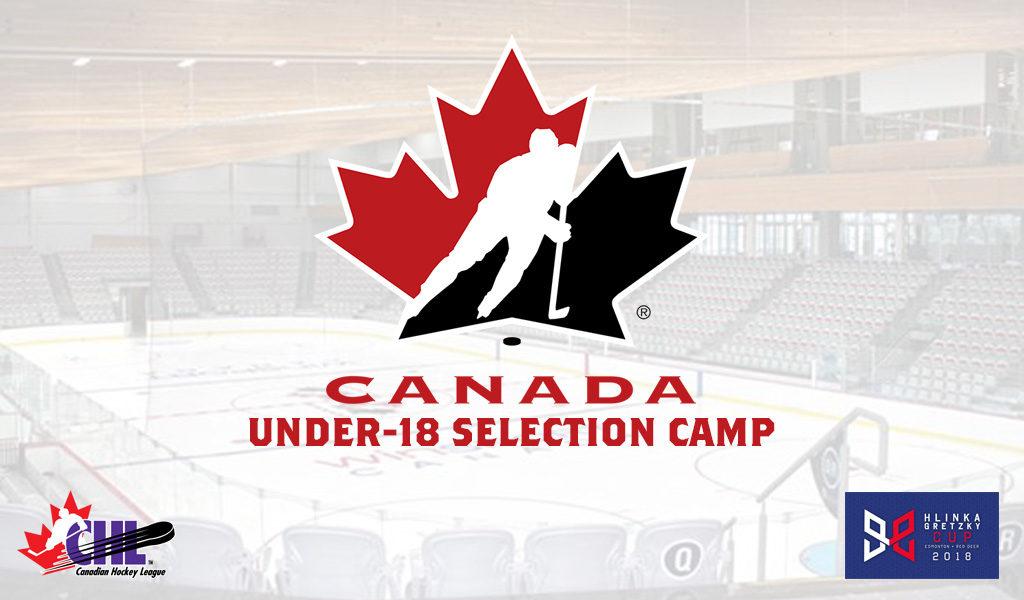 42 of the Canadian Hockey League’s top under-18 players are in Calgary this week competing for a spot on Canada’s National Men’s Summer Under-18 Team for the Hlinka Gretzky Cup which takes place in Edmonton and Red Deer August 6-11.

The camp, which opened Saturday, includes 44 players in total with four goaltenders, 14 defencemen, and 26 forwards who have been split into Red and White teams for intersquad practices and games.

Canada’s top under-18 prospects have converged in Calgary for selection camp.

Newly rebranded as the Hlinka Gretzky Cup, the annual tournament is one of the only true, best-on-best competitions for this age group. While the event is being co-hosted in Edmonton and Red Deer, Canada will play all of its games out of Rogers Place in Edmonton, except for a pre-tournament game against the Czech Republic slated for 7 p.m. on Aug. 4 at the brand-new Servus Arena in Red Deer.

Canada won last year’s edition of the event in Breclav, Czech Republic, besting the host team 4-1, with a squad that included 18 players who were selected in the 2018 NHL Entry Draft in June. When all of the picks were in, 77 alumni of the event were selected by NHL Clubs – 19 first-rounders, in fact – including seven of the top-10 picks.

NOW ON SALE: 3-game Team Canada package and single-game tickets for the 2018 #HlinkaGretzkyCup.