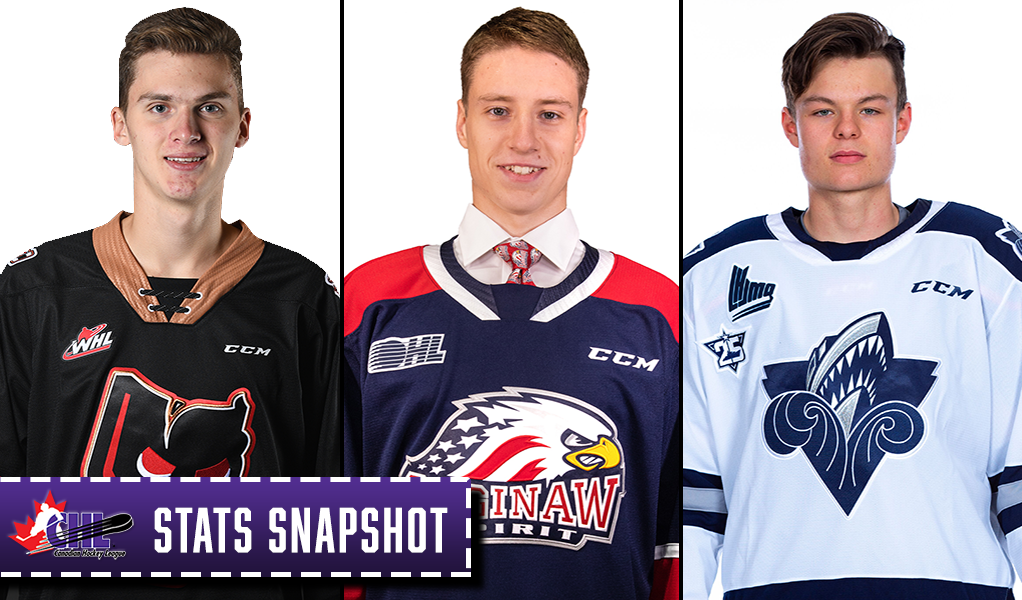 Generating offense from the back end has become a big part of hockey today. Through the first month of the 2019-20 regular season, more than a dozen rearguards from across the circuit have continually demonstrated their ability to produce:

Saginaw Spirit rookie blue-liner Ilya Solovyov has made an instant impression in his first season skating in the OHL as the talented defender has racked up 19 points including 18 helpers through 13 games.

The Belarusian blue-liner has recorded at least one point in 10 appearances this season, with his top showing coming against the Sarnia Sting in late September in which he recorded five points counting one goal with four assists to earn first-star recognition.

Solovyov holds a two-point edge on Erie Otters sophomore Jamie Drysdale, who stands with five goals and 12 assists. He is followed by Thomas Harley of the Mississauga Steelheads and Declan Chisholm of the Peterborough Petes, both with 15 points, Ottawa 67’s rearguard Noel Hoefenmayer at 14 points, and Sudbury Wolves blue-liner Jack Thompson coming in at 13 points.

Rimouski Oceanic blue-liner Isaac Belliveau is a talented offensive producer who is enjoying the success that comes with setting up a dominant top-line trio led by 2020 NHL Draft favourite Alexis Lafreniere.

The freshman has recorded at least one point in all but two games this season, currently standing with two goals and 16 assists for 18 points to lead all QMJHL defenders. Belliveau’s best showing this season came in consecutive appearances against the Chicoutimi Sagueneens and Baie-Comeau Drakkar that saw him record three assists in each contest, the latter of which earned him third-star recognition. Belliveau is currently riding a seven-game point streak in which he has accumulated one goal and 11 assists.

Meanwhile, holding down the second spot in the QMJHL is Quebec Remparts blue-liner Darien Kielb with 17 points, followed by 2020 NHL Draft hopeful Jeremie Poirier of the Saint John Sea Dogs with 15, a total evened by Cape Breton Eagles rearguard Adam McCormick. Rounding out the list is Charlottetown Islanders defenceman Lukas Cormier at 14 points, followed by Eagles blue-liner Jarett Baker, who has recorded five goals and eight assists for 13 points.

The third-year blue-liner finished just shy of a point-per-game pace a year ago, while the early goings of 2019-20 have seen him produce at another level as he recorded 13 points counting four goals and nine assists across nine appearances to sit tied for top spot in team scoring. The Russian rearguard and Philadelphia Flyers prospect has recorded at least one point in every game this season, a stretch that includes four multi-point showings.

"You can see the impact that they have in our lineup and the luxury of playing them together or separating them, they will always be a threat."

Jett Woo and Egor Zamula thoroughly impressed when the duo were paired up this past Sunday! ➡️ https://t.co/jXjnaBm0Sv pic.twitter.com/qEIY8i2TOv

Trailing Zamula for top spot among WHL defencemen is Vancouver Giants blue-liner and Colorado Avalanche first-round pick Bowen Byram with 12 points, followed by Johnny Ludvig of the Portland Winterhawks, Scott Walford of the Saskatoon Blades, and Dylan Plouffe of the Giants, each with 11 points. 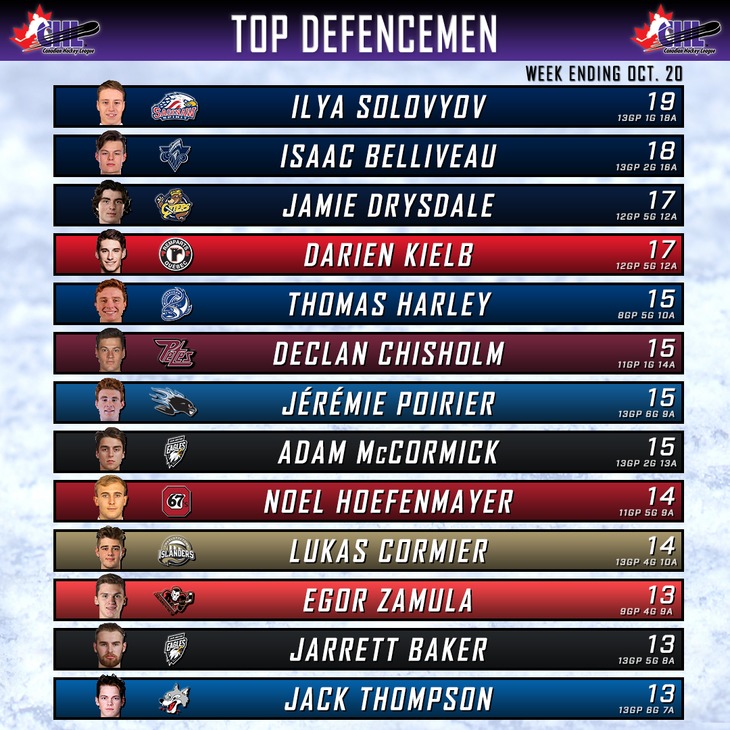