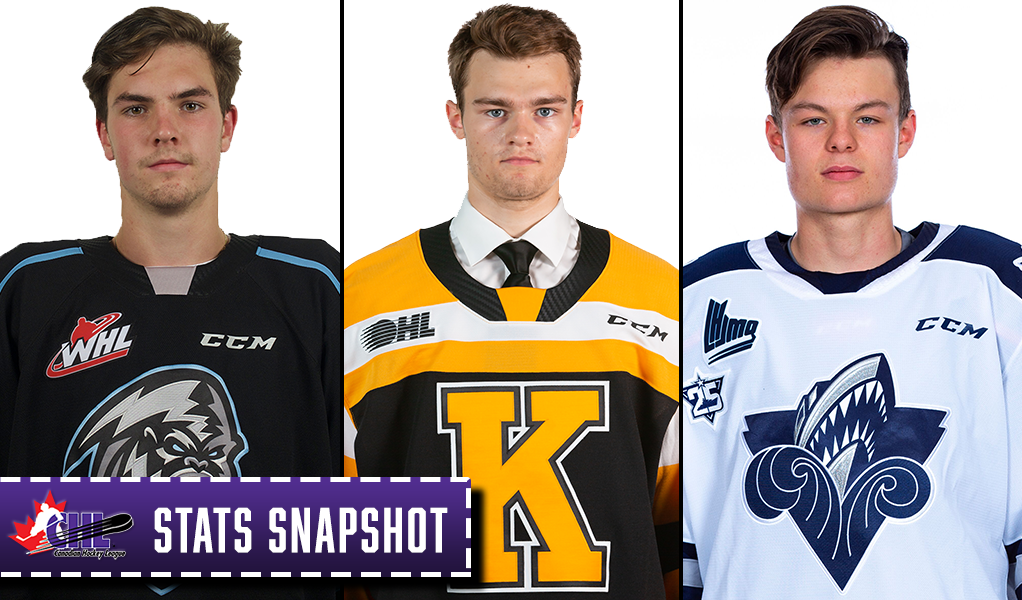 The race for top rookie honours is heating up across the Canadian Hockey League with a handful of contenders deserving of consideration:

Kingston Frontenacs first-year forward Shane Wright continues to showcase the skill set that made him just the sixth player in CHL history to earn exceptional player status as the freshman scorer leads all CHL rookies and ranks first in Frontenacs team scoring with 52 points on the season counting 31 goals and 21 assists across 46 appearances.

After learning the league, Wright has been particularly dominant in the season’s second half, a stretch that has seen him record at least one point in each of his last five outings including a pair of three-point performances to match his season high. The Burlington, Ont., native is earmarked for selection in the 2022 NHL Draft.

Rookie Shane Wright of the @KingstonFronts just scored the 29th & 30th goal of his young @OHLHockey career. He just turned 16 a month ago. 😳 pic.twitter.com/7woQZePG22

Across the OHL, other top rookie producers include Peterborough Petes centre Mason McTavish, the fifth-overall pick from the 2019 OHL Priority Selection who has notched 39 points through 48 games, followed by Kitchener Rangers right-wing Declan McDonnell, a 2018 third-round selection who has impressed with 35 points in 51 contests.

No rookie scorer from the WHL has put his name on the scoresheet more often this season than Winnipeg ICE right-wing Michal Teply who is producing above a point-per-game pace with 23 goals and 26 assists through 41 appearances.

In all, Teply has registered at least one point in 13 of his past 14 outings, including Saturday’s 4-1 win over the Medicine Hat Tigers in which he finished with two goals and one assist to match a single-game high. Selected fourth overall in the 2019 CHL Import Draft, the Czech native joined the ICE after first hearing his named called in the fourth round of the 2019 NHL Draft by the Chicago Blackhawks.

Following a strong January, @NHLBlackhawks prospect Michal Teply of @WHLWpgICE is your WHL Rookie of the Month!

Beyond Teply, other top first-year scorers from the WHL include Tigers centre Cole Sillinger, the 11th overall selection from the 2018 WHL Bantam Draft who has picked up 46 points in 42 games, followed by Edmonton Oil Kings right-wing Dylan Guenther, the first-overall pick from 2018 who has shined with 45 points through 46 games in his inaugural campaign.

Belliveau brings it from the blue line

What’s most impressive about Isaac Belliveau of the Rimouski Oceanic is not only does he lead all QMJHL first years in scoring but that he is also doing so as a defenceman.

Through 52 games, the first-year rearguard has tallied nine goals and 38 assists for 47 points. Despite playing in new surroundings, the second-round pick from the 2018 QMJHL Entry Draft needed little time to adjust as he found immediate chemistry with upcoming NHL Draft favourite Alexis Lafreniere, wrapping up the first two months of the season with an astounding 22 points in just 17 contests.

Belliveau is not the only rookie skater excelling on the Oceanic this season as sitting second among QMJHL freshmen is teammate Zachary Bolduc, a 2019 first-round pick who has recorded 42 points in 45 games, followed by Drummondville Voltigeurs defenceman Jacob Dion, a 2018 fourth rounder who has collected 41 points in 52 contests. 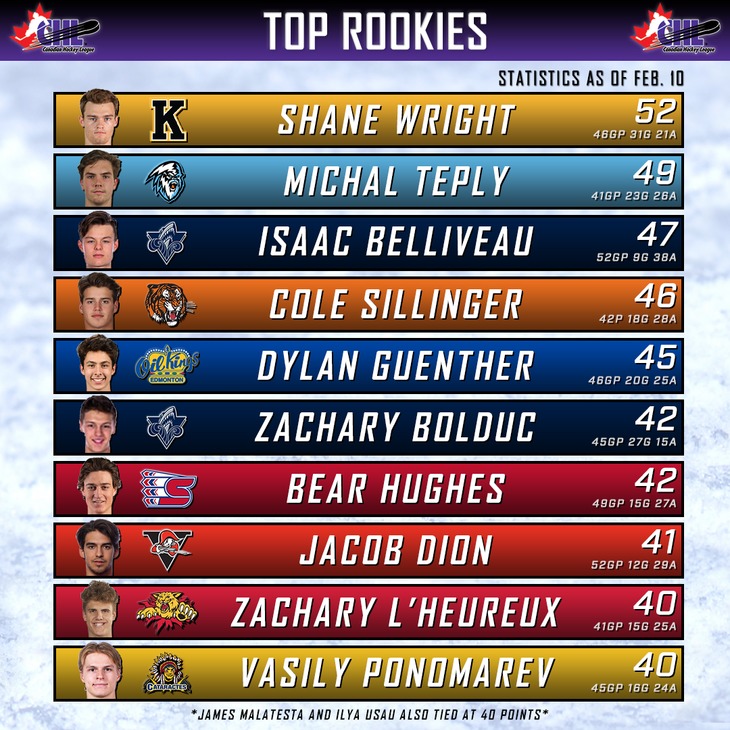