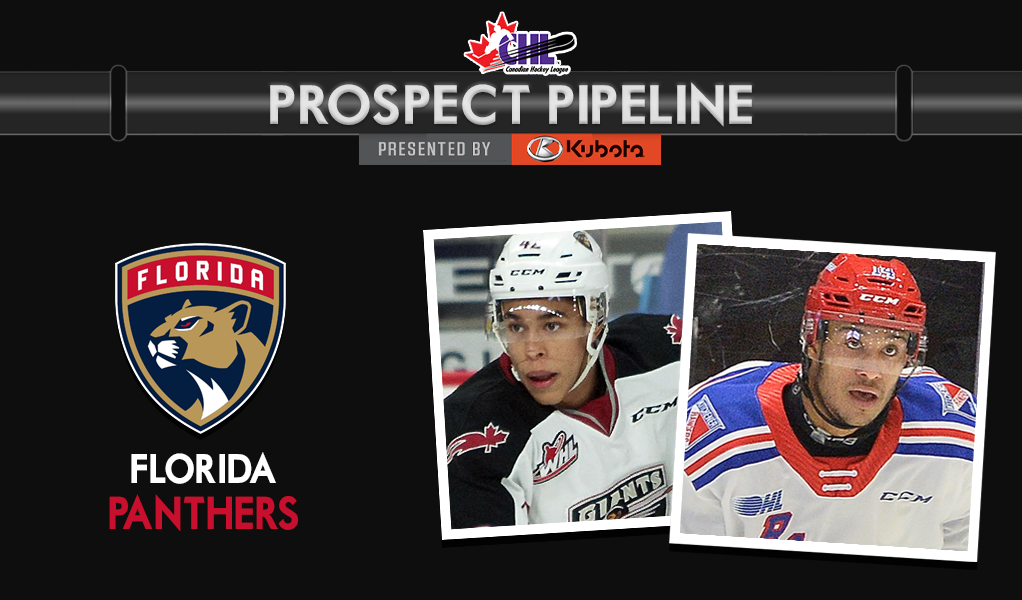 Originally chosen by the London Knights in the second round of the 2018 CHL Import Draft before an early-season move saw him shift to the Flint Firebirds, the Belarusian-born defender was a quick study to the North American game, competing in 53 games in his first season with the Firebirds in which he finished second among all club defencemen with 29 points, good for second in scoring among all rookie rearguards league-wide and a spot on the OHL First All-Rookie Team. The budding blue-liner then put up similar production in his second season, registering 33 points through 53 games, while his 12 tallies made him one of just 14 defencemen across the OHL to find the back of the net as many times. A second-round selection by the Panthers in the 2019 NHL Draft, Kolyachonok played on loan in 2020-21, beginning with the KHL’s Dinamo Minsk where he posted one goal and five assists across a 46-game slate before later joining the AHL’s Syracuse Crunch for a 10-game showing. Internationally, the 2001-born defenceman has also been a frequent representative of his native Belarus, highlighted by a bronze-medal win at the 2020 Division 1 World Juniors.

A raw skill power forward, Noel brings an abundance of size and scoring talent. A second-round draft choice from the 2016 OHL Priority Selection, Noel has demonstrated those attributes across four seasons split between the Oshawa Generals and Kitchener Rangers in which he has amassed 202 points counting 88 goals and 114 assists over 241 career contests, highlighted by a career-best, 81-point finish with the Generals in 2018-19 in which he led the team in scoring. A 2000-born right-wing, Noel spent the 2020-21 campaign on loan with the AHL’s Syracuse Crunch, netting four points in his eight-game showing. The Ottawa native has also seen time under the international spotlight as part of Hockey Canada’s Program of Excellence, with his past outings including the 2016 World Under-17 Hockey Challenge when he led Team Canada Red with four points in five games as well as a gold-medal win at the 2017 Hlinka Gretzky Cup. A 2018 second-round selection by Florida, Noel agreed to an entry-level contract with the Panthers in March 2019.

Seeing an offensive breakout in 2019-20, the Mississauga Steelheads centre exploded to a team-leading 71 points, a performance that counted 28 goals and 43 assists across 57 appearances and marked a 22-point uptick from the prior campaign, undoubtedly helping the Kitchener, Ont., native earn an invite to Hockey Canada’s World Junior Selection Camp. In all, the 2001-born centre has spent three seasons with the Steelheads in which he has collected 138 points over 191 career contests before joining the minor-league Syracuse Crunch on a 10-game loan for the 2020-21 campaign. A third-round selection from the 2019 NHL Draft, Schwindt signed with the Panthers the following April, while this past season saw him spend a portion of the year as part of the team’s taxi squad.

Cole Schwindt (@C_Schwinny10 ) is a finalist for the Red Tilson Trophy – presented annually to the Most Outstanding Player of the Year voted by accredited writers & broadcasters. Well deserved, Schwinny 👏🏻 pic.twitter.com/ubqrIQcvbd

A gifted goal-scorer who plays bigger than he is listed, the Vancouver Giants third-year centre was among the top performers in the WHL’s recently completed abbreviated campaign as he led his squad with 34 points in only 22 outings, production that was topped by only two players league-wide. Originally hearing his name called with the third pick in the 2017 WHL Draft, the Surrey, B.C., native saw a four-game trial with the Giants the following season before breaking in full-time in 2018-19 as part of an impressive rookie season that saw him put up 46 points across 64 games and finish fourth among WHL freshmen scorers. Sourdif then reached another level as a sophomore when he neared point-per-game production to the tune of 26 goals and 28 assists through 57 games. A third-round selection in last summer’s NHL Draft, the 2002-born forward has also seen showings on the international stage, including the 2019 Hlinka Gretzky Cup when he finished third in team scoring and helped Canada to silver-medal recognition. 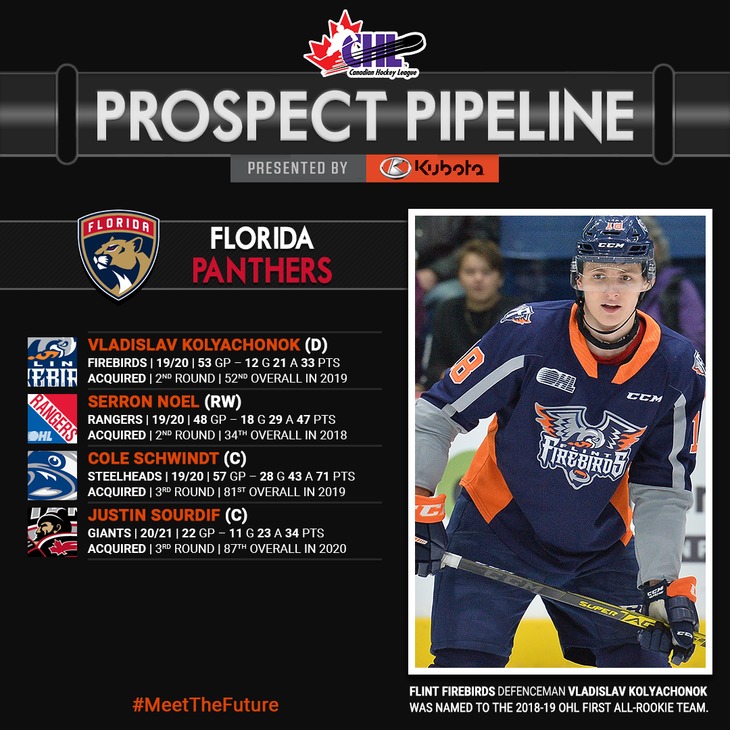