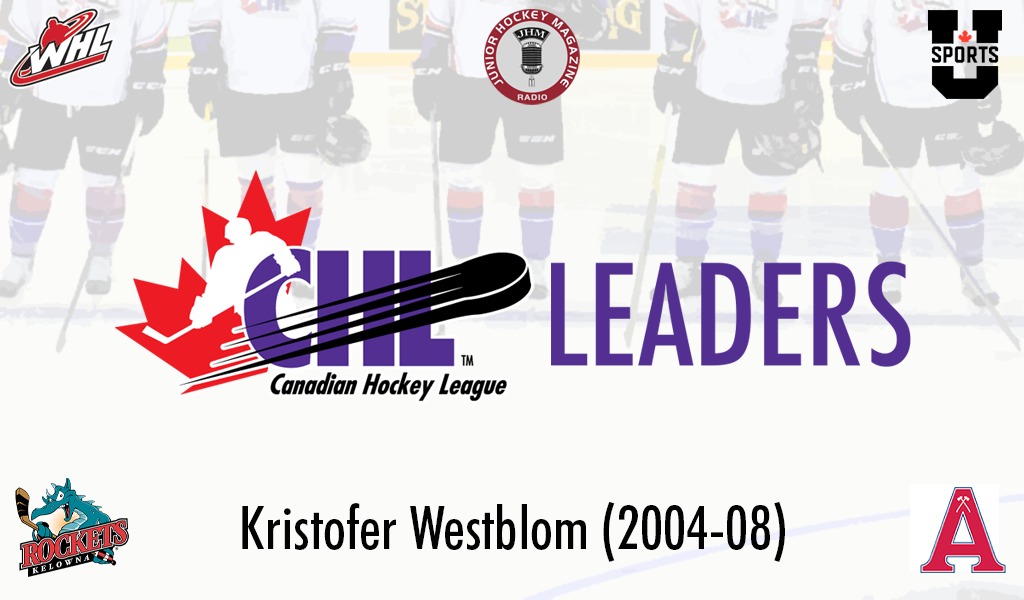 Kristofer Westblom has fond memories of his days in junior hockey.

Suiting up with the Kelowna Rockets from 2004-08, the former goaltender recalls how his time in the Western Hockey League helped prepare him for his road ahead.

“It’s a busy lifestyle for sure. You have to prioritize your time. You figure out what’s urgent, what’s important, and treat those things accordingly,” Westblom told Junior Hockey Magazine as part of its CHL Leaders segment. “Being on time and being focused in meetings was a very critical part of that organization. We had a tight ship in Kelowna where it taught us very well and set us up well for the future.”

Knowing the importance of school, Westblom made it a priority to find the right environment, ultimately landing on Acadia University where he obtained a bachelor of business administration in accounting and finance while also suiting up for three seasons for the varsity Axemen.

“It was an interesting process. I talked to quite a few different schools,” Westblom detailed. “I flew out to Acadia in the spring of 2008 and really liked the town. I got to know their coaches. Overall, I felt the AUS as a league was a strong option and some of the national champions were in their heyday at that time. I was trying to pursue a strong education but a quality of hockey where I felt my best option was to go east, and that’s what I did.

“I was very fortunate the CHL has its scholarship program in place. It was also a healthy nudge to go to school directly instead of to the minors out of junior. It really gave me a step forward in life financially, that is for certain.”

Today, Westblom puts his experience to use as a key account manager with Elanco Animal Health, a global leader that helps address challenges related to animal welfare.

“I am definitely enjoying my job,” Westblom concluded. “Right now I am also playing some rec hockey and trying my hand at playing forward. I always keep close tabs on the WHL and who is doing what. With Kelowna hosting the Memorial Cup this year, I am hoping to take in a game or two too.”