CHL Leaders: Talbot-Tassi succeeding on ice and in the classroom 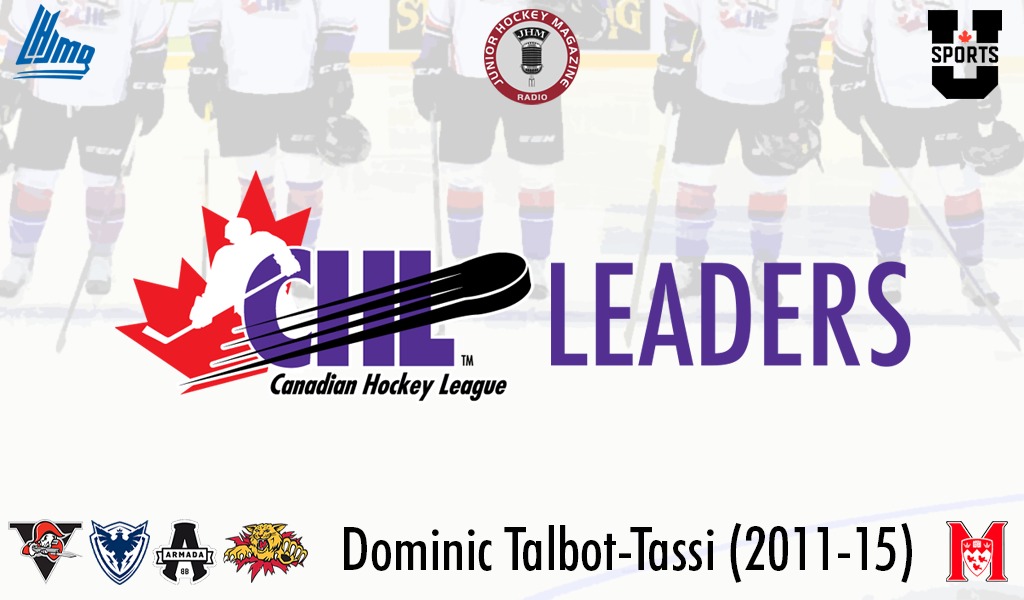 As a recent graduate of the QMJHL, Dominic Talbot-Tassi quickly recalls many of the lessons he learned over his time in the junior circuit that continue to benefit him today.

Talbot-Tassi, who appeared in more than 200 career contests from 2011-15 while suiting up for the Drummondville Voltigeurs, Sherbrooke Phoenix, Blainville-Boisbriand Armada, and Moncton Wildcats, spoke vividly of his time in junior hockey and how it helped pave his future path.

“Playing in Sherbrooke, an expansion team, it was a bit of a struggle but it was just great to play there for their first few years. Then making the playoffs was a great achievement,” Talbot-Tassi detailed. “Then in my last year I finished in the Top 5 for points by defencemen so that was a great achievement.”

Following three-plus seasons in the QMJHL, however, Talbot-Tassi knew the importance of getting an education, electing to attend McGill University, where he is currently earning his engineering degree while also skating with the school’s varsity hockey squad.

“I thought McGill was just a great balance between my hockey passion and getting a great degree,” Talbot-Tassi added. “I think it is very possible to pursue the passion for hockey while working on a Plan B.

“I am finishing my degree in engineering and I am minoring in finance. I just finished my last hockey season where I broke the all-time record for most career points by a defenceman, and now I am getting ready to sign a professional contract either in North America or Europe.”

Talbot-Tassi is also thankful for the CHL scholarship program and how it allowed him to pursue higher education.

“I think this program is vital for student-players,” Talbot-Tassi concluded. “It allows us to focus on our studies without having to worry too much about the financial constraints. It’s also a good way to encourage young players to stay in school and get an education.”