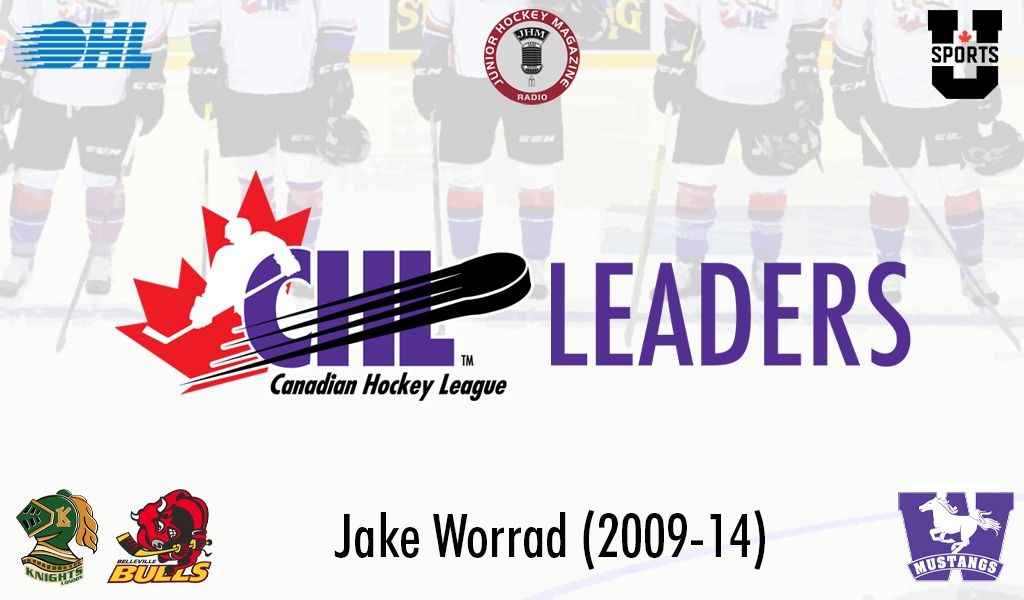 Jake Worrad has entered the family business, and in his hometown to boot.

Following five seasons in the OHL split between his hometown London Knights and the Belleville Bulls that totaled 184 career contests, Worrad elected to earn an education, first studying social sciences at Western University where he also played one more season with the varsity Mustangs.

“To know that in your back pocket you have the CHL scholarship program already sorted for you – that regardless of what decision you make for yourself you already have your schooling figured out – it was huge and it opened up opportunities that I never thought I would be able to have,” Worrad told Junior Hockey Magazine as part of its CHL Leaders segment.

Not yet finished, Worrad then took his studies to the United Kingdom in pursuing a law degree from the University of Leeds, allowing him to follow in his family footsteps in pursuing a career in the legal profession.

“I grew up in a family where my father was a lawyer,” Worrad added. “I never really thought that I would end up there to be honest. My first couple of years after hockey, I had a courier role for a law firm where I carried around files and deposited cheques. It was through that I (learned) where the files were going and what was going on behind the scenes, and that is where my transition from hockey to the legal profession took place.”

Currently an articling student in London, Ont., Worrad continues to build his career in the legal industry while also staying close to his roots both in living in his hometown and in still spending time at the rink.

“I still play in some men’s leagues here,” Worrad detailed. “It gives me a chance to get out on the ice and play with some guys who I used to play with. To still be able to play for fun is awesome.”

In all, Worrad remains grateful for his formative years in hockey and how they helped pave the path for his success today.

“There is a lot that goes into being a part of an OHL team. It was something I had to learn at a young age and it is something that I am really grateful for,” Worrad concluded. “That is something that every kid is kind of forced into and I think it is very important.”