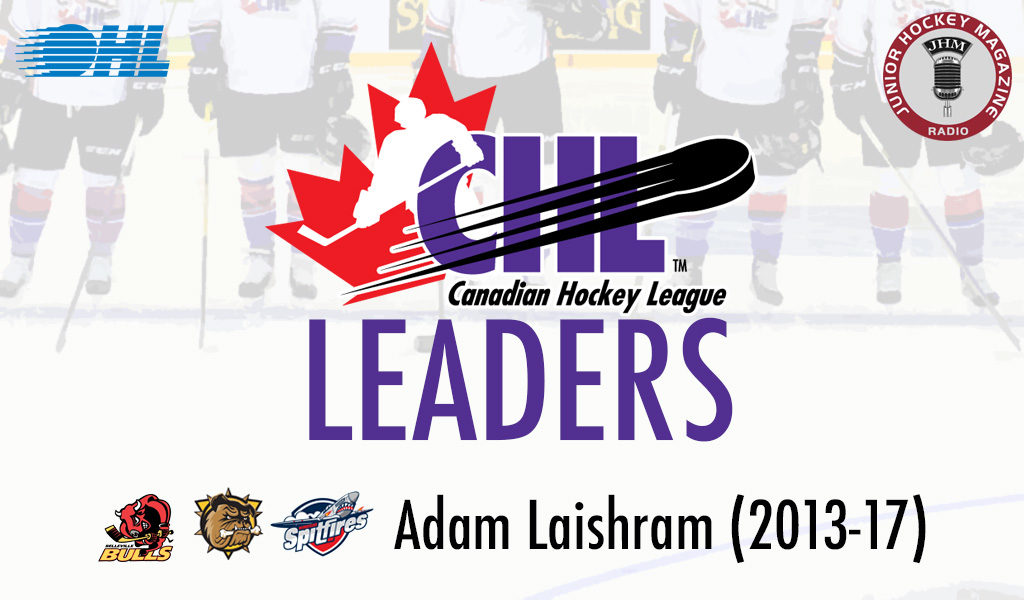 Four years in the Ontario Hockey League was a learning experience both on and off the ice for Adam Laishram.

Beginning his junior career with the former Belleville Bulls in 2013, Laishram’s time in the OHL also covered stints with the newly formed Hamilton Bulldogs and the Windsor Spitfires, culminating with a Memorial Cup championship in his final year in 2017.

For Laishram, while winning it all will always be remembered, it’s the relationships he formed with players, coaches, and countless others over the years that will truly stand out.

“Even when talking about winning the Memorial Cup, I rarely talk about how good our team was,” Laishram told Junior Hockey Magazine as part of its CHL Leaders segment. “Rather, the first thing that always comes to my mind is the great friendships I made and how much fun I had with those guys outside of the rink.

“Beyond the friendships, I think about the families that took me into their homes and treated me as one of their own. I still keep in contact with these amazing people and I cannot thank them enough for everything they have done for me over the years. When I look back, I am just extremely grateful for being able to create the friendships and relationships that will hopefully last a lifetime.”

With his days in the OHL coming to a close, Laishram elected to continue his hockey career at St. Francis Xavier University, suiting up for the varsity X-Men while also pursuing a degree in human kinetics.

Although he notes that much of his focus in recent years had been at the rink, Laishram emphasizes that many of the life lessons he experienced in the OHL helped in his adjustment to the academic world.

“I learned that school and hockey go hand-in-hand,” Laishram detailed. “You want to be as successful as possible both in school and in hockey, so I learned how to properly manage my time throughout my years in the OHL. It’s something that has helped me and I am sure will continue to help me further down the line.”

Instilled in him from an early age, education has always been a priority for Laishram.

“My mother is actually the Manager of Education Services for the OHL, so she deals with the scholarships, and my father is a doctor, so with that background, they have always stressed the importance of school since I can remember and made me well aware that it comes before hockey,” explained Laishram, adding that his intention has always been to earn a degree and that capturing the Memorial Cup in his last season was the perfect final chapter of his junior hockey career.

“It came down to the fact that I had just reached the pinnacle of junior hockey in winning the Memorial Cup with Windsor,” Laishram said. “There was really nothing else I could ask for in that perspective and that it was time for something new.”