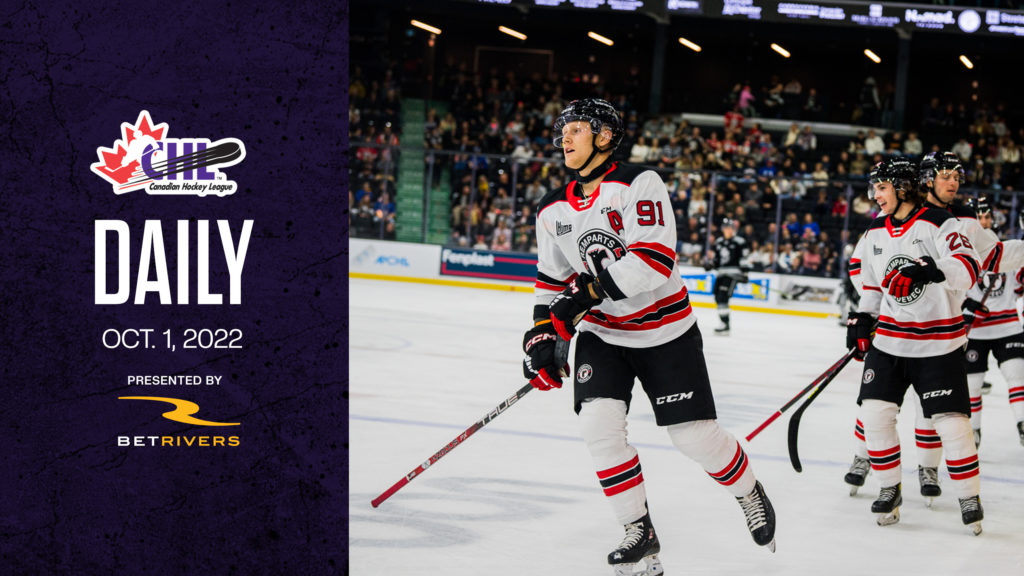 After 24 one-goal games last season, Arizona Coyotes prosepct Conor Geekie tallied his first career multi-goal WHL game and did so in fashion as he scored a hat-trick in Winnipeg’s 5-2 win in Medicine Hat as he was named the night’s first star.

In a crazy game in Saginaw, Anaheim Ducks prospect Pavel Mintyukov collected five points (1G, 4A) to earn the second star as the Spirit beat Guelph 10-6.

A likely top pick in the 2023 NHL Draft, Kelowna’s Andrew Cristall career-high four assists earned him the third star as the Rockets won 5-1 in Prince George. 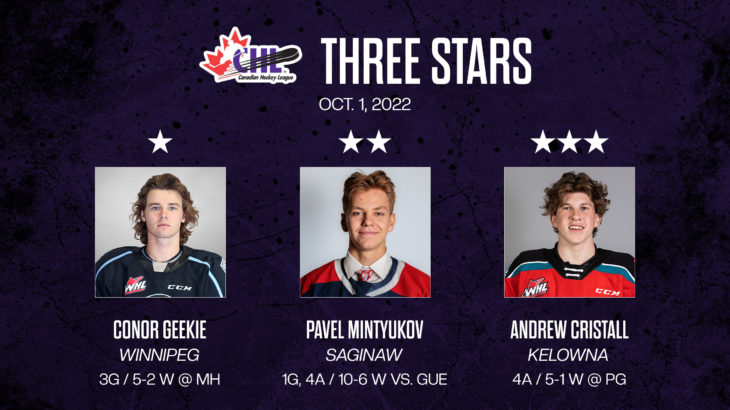 50 goals last year and @NYRangers prospect Brennan Othmann wasted no time scoring his first of the year for the @FlintFirebirds in the home opener! 🚨 pic.twitter.com/RA7KasuBdq

This one ends in a hurry! 🚨⌚️@MapleLeafs prospect Ty Voit scores the OT Winner for the @StingHockey just 19 seconds into the extra frame! pic.twitter.com/fyJeDRInaI

The newest captain of the @SJSeaDogs, Charlie DesRoches, takes the #MemorialCup for one more skate 🏆 pic.twitter.com/2RMMTDHzOY

Giving back to the community 👏🏻

An $11,000 donation has been made to the Dominion Command Poppy Trust Fund, a program in support of veterans and their families, from the proceeds of the theme jerseys worn by the @SJSeaDogs at the #MemorialCup to commemorate the HMCS Brunswicker! pic.twitter.com/CGOWXNOKVh

Andrew Cristall threads the needle, Gabriel Szturc hammers it home, and the @Kelowna_Rockets are oh so hot on this fine Saturday night!#NHLDraft pic.twitter.com/ieUP6e1xdj

Marek Schneider is the eighth Blades goal scorer of the night. 👊#BladeCity pic.twitter.com/JIRrfPimVf