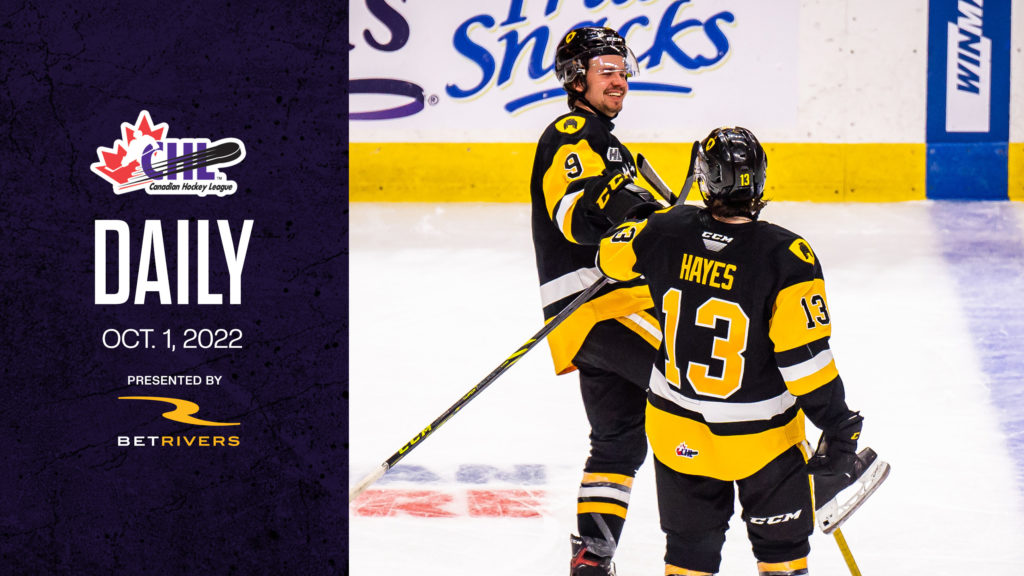 Luca Pinelli’s first career OHL hat-trick earned him first star honours as he led the way for the 67’s in a wild 7-6 shootout win over Oshawa.

Justin Gill’s explosive start to the season continued as the Sherbrooke forward scored a hat-trick in a 4-1 win over Rouyn-Noranda to take his season total to six in just three games as he collected the evening’s second star.

Prince George d-man Hudson Thornton had two goals and an assist to claim the third star of the night as the Cougars doubled up Kelowna 6-3. 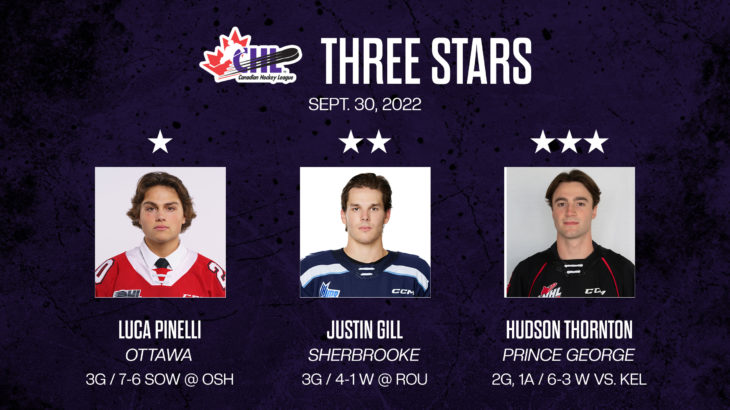 Luca Pinelli (@Lucapinelli44) is on FIRE 🔥

The #NHLDraft prospect and @Ottawa67sHockey forward notched his first career #OHL hat-trick in under two periods on the road in Oshawa 📽️ pic.twitter.com/3ZHZKacBx7

Newly minted @BulldogsOHL captain Logan Morrison is on a 29-game point streak that dates back to April 3 😎 pic.twitter.com/EksjHPfQ2V

Tomas Hamara has officially opened his account for the @OHLRangers! 🇨🇿 pic.twitter.com/QLAC0OxJmN

Max Wanner has had a good day 👍🏻 @MJWARRIORS @EdmontonOilers pic.twitter.com/s9hJgWZKa2

National Day for Truth and Reconciliation

Sep. 30 marked the National Day for Truth and Reconciliation.

On Friday, teams around the CHL wore orange to recognize the day.

Today, players around the CHL have worn orange to recognize the National Day for Truth and Reconciliation 🧡 #EveryChildMatters pic.twitter.com/GeP90cJvCz