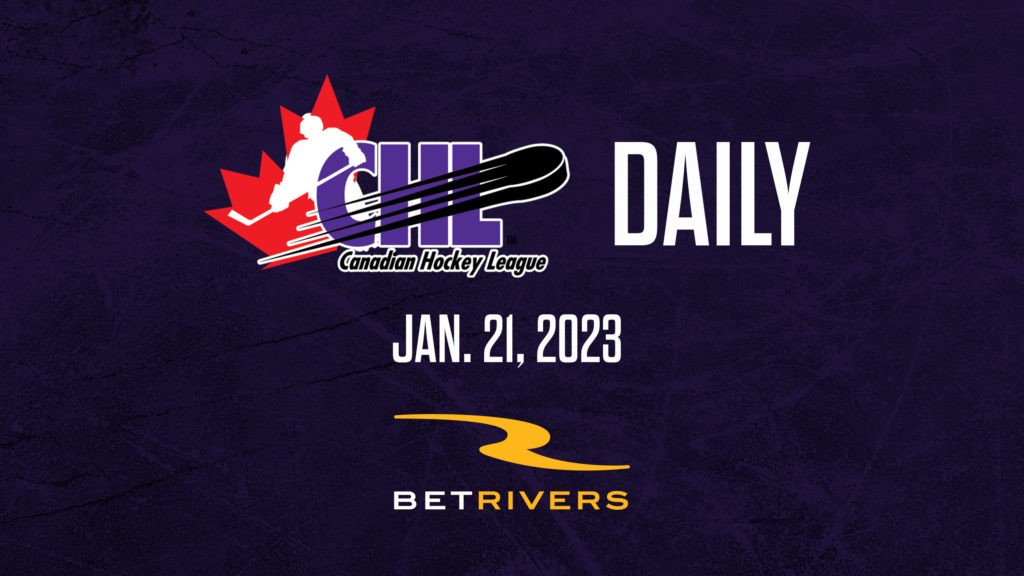 Josh Lawrence’s torrid form continued Friday as he claimed the first star after he scored his second hat-trick as a member of the Mooseheads in an 8-1 win over Saint John. Since he was acquired from Blainville-Boisbriand, the 2022 Memorial Cup champion has 36 points in 18 games.

Kai Uchacz’s fine form in 2023 earned him the second star after his first career five-point (2G, 3A) game gave Red Deer an 8-5 win over Prince George. His 36 goals are the second most in the WHL while his 58 points leads the Rebels. 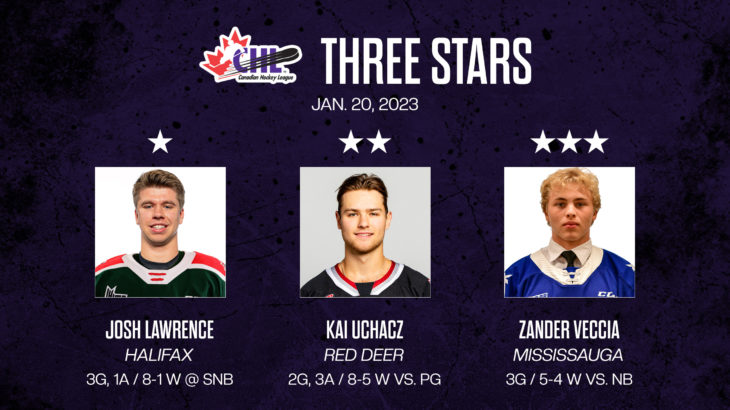