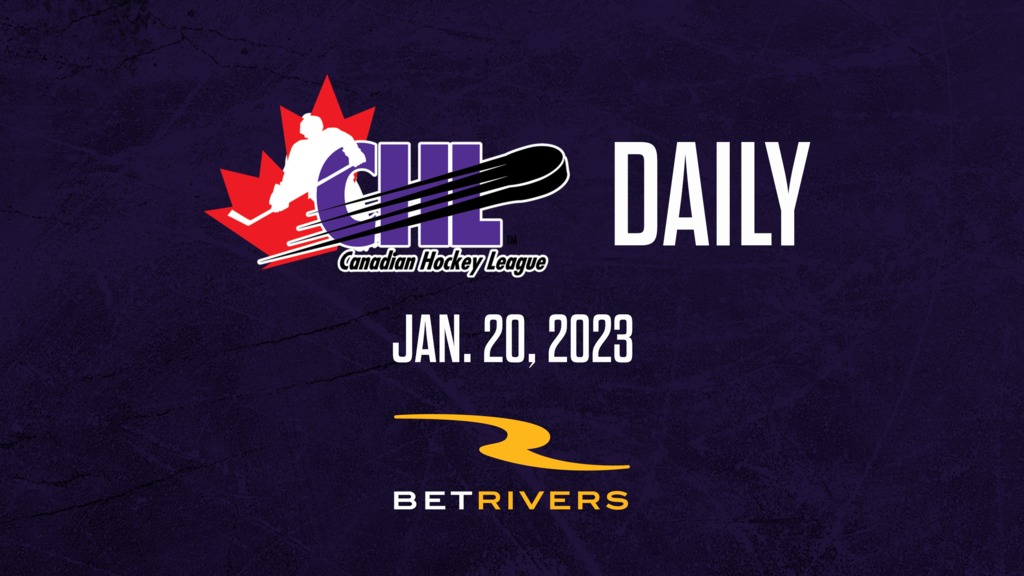 Mississauga’s James Hardie secured the first star as he recorded a career high four assists in a 6-2 win over Niagara. Hardie’s 52 points leads the Steelheads this season while the 21-year-old is the franchise record holder in goals (117) and points (214).

Matvey Petrov’s (EDM) first hat-trick of the season, and the third of his OHL career, earned him the second star despite a 4-3 overtime loss to Hamilton. Petrov, who had 40 goals and 90 points a year ago, leads the team in scoring again this year with 57 points.

Brennan Othmann (NYR) took the third star he his second goal of the night stood as the game-winner as Peterborough beat Oshawa 3-2. Othmann scored the go-ahead goal with 49.5 seconds left in regulation and now has five goals with the Petes since his November trade from Flint. 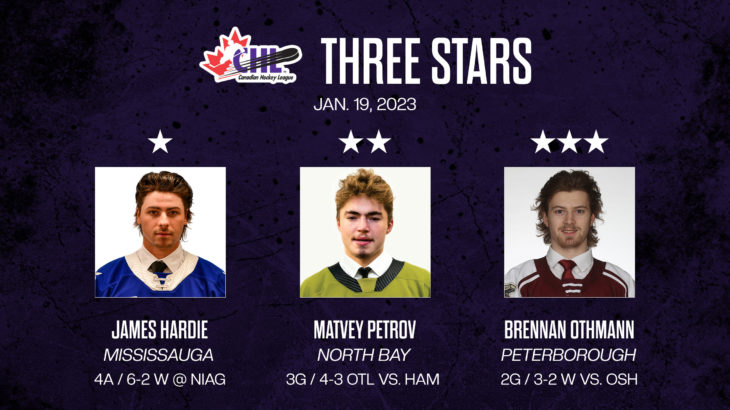 DONOVAN IN OVERTIME 🚨#GoSensGo prospect @DonovanJorian buries the feed from @NickLardis91 and the @BulldogsOHL steal the extra point in North Bay ✅ pic.twitter.com/IJjiiBlwJw

This was nice, we liked this pic.twitter.com/pbkbmIyYaF