CHL Alumni Roundup – Second Round of the Stanley Cup Playoffs 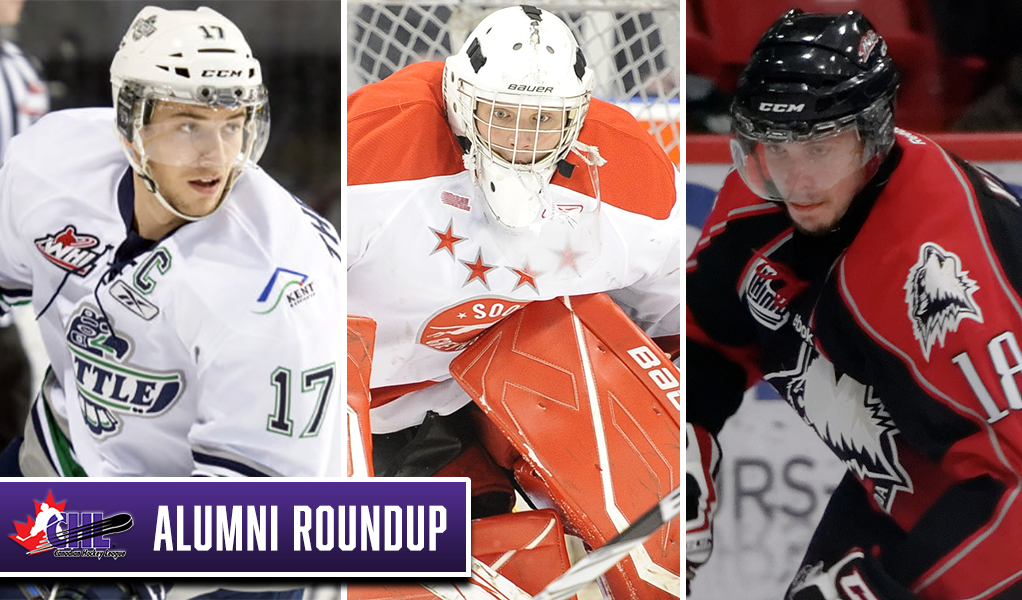 Almost 55% of all players who competed among the elite eight teams in the second round of the Stanley Cup Playoffs were Canadian Hockey League alumni counting a total of 136 graduates with many making their mark as 2019-20 play continued from August into September.

Here’s a look at some of the team-by-team highlights.

The Dallas Stars punched their ticket to the Western Conference Finals riding the hot play of goaltender Anton Khudobin (Saskatoon Blades) who posted four victories including a 40-save performance in Game 7 against Colorado. Captain Jamie Benn (Kelowna Rockets) along with Alexander Radulov (Quebec Remparts) who scored twice in the series deciding game continue to be among the team’s top playoff scorers.

STICK TAPS FOR A 40-SAVE PERFORMANCE FROM DOBBY! #Game7 #StanleyCup pic.twitter.com/Ec0SeRgT4F

The New York Islanders eliminated Philadelphia in seven games to advance to the Eastern Conference Final with help from Josh Bailey (Windsor Spitfires) who was tied for second in league assists through two rounds with 15 which puts him among the franchise’s top eight of all-time. A pair of 2015 first round NHL Draft picks are also contributing including Mathew Barzal (Seattle Thunderbirds) who ranks third in team points and Anthony Beauvillier (Shawinigan Cataractes) who leads the team in goals.

Josh Bailey has 15 assists this postseason, the most in a playoff year by a @NYIslanders player since Bob Bourne during their run to the #StanleyCup in 1983.#NHLStats: https://t.co/E0119w9Hzx pic.twitter.com/MEdaJsoqTI

Nikita Kucherov (1-3—4) matched a franchise record for points in a playoff game as the @TBLightning won Game 3 to take a 2-1 series lead. #NHLStats: https://t.co/7kQiZSx8GL #StanleyCup pic.twitter.com/4WpfdCbBki

The Vegas Golden Knights also needed seven games to squeak past Vancouver and did it with a winning goal from Shea Theodore (Seattle Thunderbirds) who leads all NHL defencemen with six goals, and goaltender Robin Lehner (Soo Greyhounds) who recorded his third shutout of the series which is something that hasn’t been accomplished since 2010. Mark Stone (Brandon Wheat Kings) is second in team scoring behind Theodore.

Shea Theodore of the @GoldenKnights leads all defensemen with six goals in the 2020 postseason, including the series clincher in #Game7 of the Second Round. #NHLStats #StanleyCup pic.twitter.com/iWMvy1tFXC

Robin Lehner of the @GoldenKnights enters the Conference Finals after posting three shutouts in the Second Round.

He matched the NHL record for most in a playoff series, a feat last achieved by Michael Leighton in 2010 (w/ PHI). https://t.co/Lhi5izlRal #NHLStats #StanleyCup pic.twitter.com/RDtDNhhPqi

Following the Bruins exit against the Lightning, much of the attention turned to defenceman Zdeno Chara (Prince George Cougars) as the 43-year-old contemplates his future with the organization. On the ice the team was led by forwards David Krejci (Gatineau Olympiques) and Brad Marchand (Halifax Mooseheads) who both had 12 points.

Zdeno Chara made it clear Thursday that he wants to return to the Bruins.https://t.co/1mV7RXhspR

The Avalanche may have suffered a disappointing exit but the performance by Nathan MacKinnon (Halifax Mooseheads) remains one for the record books with a 14-game point-streak to start a playoff year which ranks second best all-time with 25 points in that stretch to equal Wayne Gretzky’s 1993 totals. Nazem Kadri (London Knights) led the league with six power play goals through two rounds, while Michael Hutchinson (London Knights) recorded his first two playoff wins when facing elimination.

Nathan MacKinnon scored the @Avalanche's fourth goal and became the first player to record 25 points in a postseason in 14 games played or fewer since Kings captain Wayne Gretzky in 1993 (8-17—25 in 14 GP). #NHLStats #StanleyCup pic.twitter.com/DUN4Q89nU8

Goaltender Carter Hart (Everett Silvertips) continues to be a bright spot for the Flyers having backstopped the club to a series equalizer with a strong Game 6 performance of 45 saves. The club also received OT heroics along the way from defencemen Ivan Provorov (Brandon Wheat Kings), Philippe Myers (Rouyn-Noranda Huskies), and forward Scott Laughton (Oshawa Generals).

Carter Hart has made 45 saves in Game 6. It marks the second-highest total by a @NHLFlyers goaltender when facing elimination since 1955-56. The only goaltender with more: Bernie Parent (63 in Game 6 of 1968 QF). #StanleyCup

The Canucks came ever so close to reaching the conference finals with captain Bo Horvat (London Knights) leading the charge with a league-high 10 goals which ranks third best in single post-season team history. J.T. Miller (Plymouth Whalers) tied for the team lead with 18 points.

DYK? Only seven players in @Canucks history have scored more than eight goals in a playoff year. #NHLStats #StanleyCup pic.twitter.com/HdglBBEqHU

A total of 74 CHL alumni will now be competing in the third round of the Stanley Cup Playoffs.