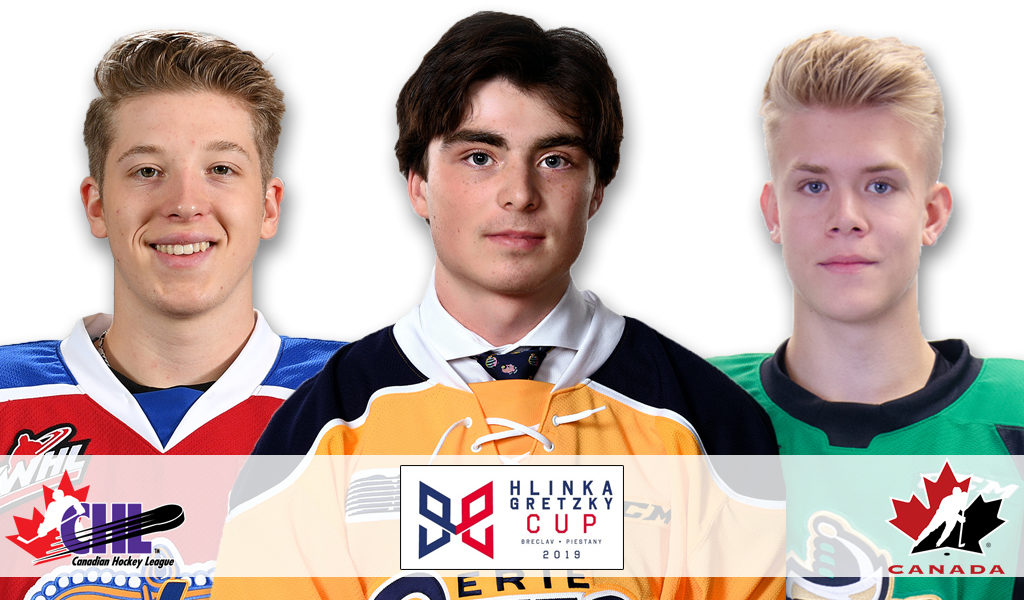 Drysdale returns to the national stage following his seven-game showing at the 2019 IIHF U18 World Championship in April in which he helped guide Canada to a first-place finish in the Group A preliminaries before falling to the United States in the bronze medal contest. A noted leader, Drysdale captained Team Canada Black at the 2018 World Under-17 Hockey Challenge, notching four points across five appearances. The Toronto native made his Ontario Hockey League debut in 2018-19, tallying 40 points in 63 games to lead all Erie defencemen and earn a spot on the OHL First All-Rookie Team. Drysdale was originally chosen fourth overall in the 2018 OHL Priority Selection.

A native of Airdrie, Alta., Neighbours previously captained Team Canada White at the 2018 World Under-17 Hockey Challenge, putting up six points across five games. He also led Team Alberta to a silver medal finish at the 2017 WHL Cup where he finished fourth in tournament scoring with one goal and six assists for seven points in five appearances. Following an 11-game trial with Edmonton in 2017-18, Neighbours moved up to the junior ranks full time last season, registering 11 goals and 13 assists in 47 games before adding another 12 points across three rounds of playoff action. The Oil Kings selected Neighbours with the fourth pick in the 2017 WHL Bantam Draft.

Guhle is set to pull on the Team Canada sweater again following his six-game set as captain of Team Canada Red at the 2018 World Under-17 Hockey Challenge that saw him pick up three assists en route to a second-place finish in Group B preliminaries before falling to Team Sweden in the bronze medal game. The product of Sherwood Park, Alta., also served as an alternate captain with Team Alberta at the 2017 WHL Cup where, alongside Neighbours, he captured the silver medal. The nine-game showing saw Guhle put up five goals and four assists for nine points to earn a spot among the WHL Cup All-Stars. Following his first overall selection by Prince Albert in the 2017 WHL Bantam Draft, Guhle made his league debut that same year, appearing in eight games before making the squad full time in 2018-19. Last season, Guhle recorded 17 points in 63 outings before adding another three assists in a 23-game playoff run that helped the Raiders capture the Ed Chynoweth Cup for the first time since 1985.

The 2019 Hlinka Gretzky Cup will see Team Canada vie for its third-consecutive gold medal victory following back-to-back first-place finishes in 2017 and 2018. Known as the Ivan Hlinka Memorial Tournament up until 2018, it originally began in 1991 and has seen Team Canada claim a leading 25 medals, counting 22 gold, two silver, and one bronze.