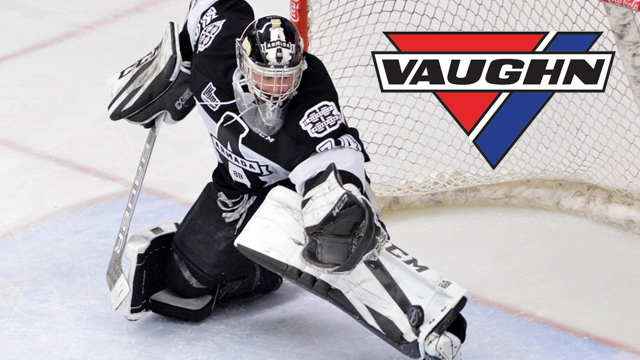 Toronto, ON – The Canadian Hockey League today announced that rookie Francis Leclerc of the Blainville-Boisbriand Armada is the Vaughn CHL Goaltender of the Week for the week ending January 8 after posting a 2-0-0-0 record including two shutout victories for a perfect goals-against-average of 0.00 and save percentage of 1.000.

Leclerc turned aside all 41 shots he faced last week backstopping the Armada to a pair of victories helping his club hold onto fourth place in the QMJHL’s overall standings with a 23-11-4-2 record.  He picked up his first of two straight shutouts on Tuesday with 21 saves in the 6-0 win over the Val-d’Or Foreurs, then stopped all 20 shots on Friday earning second star honours in a 3-0 victory over the Chicoutimi Sagueneens extending his shutout streak to 138:52.

An 18-year-old from Chateauguay, QC, Leclerc is playing in his first full QMJHL season with the Armada after appearing in just eight games a year ago.  Originally a sixth round pick of the club in the 2014 QMJHL Entry Draft, Leclerc carries a 10-3-2-2 record including three shutouts with a goals-against-average of 2.27 which ranks second overall in the league, and a .917 save percentage which is tied for top mark.