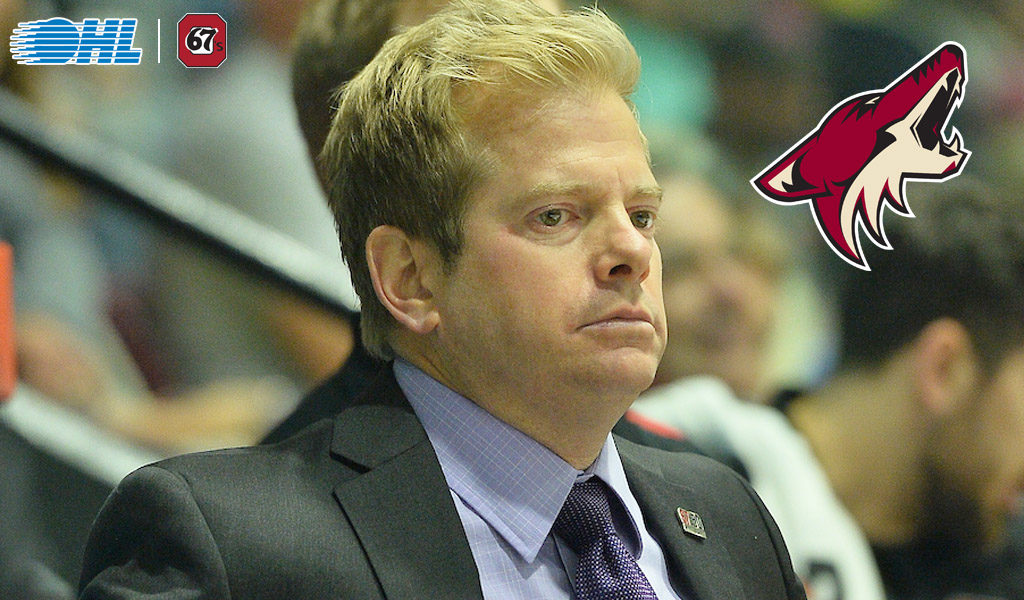 GLENDALE, ARIZONA – Arizona Coyotes General Manager Bill Armstrong announced today that the Coyotes have signed Mario Duhamel to a multi-year contract to serve as an assistant coach on Head Coach André Tourigny’s staff. As per club policy, terms of the contract were not disclosed. Duhamel will work alongside assistant coaches Phil Housley and Cory Stillman as well as goaltending coach Corey Schwab.

“We are very pleased to have Mario join the Coyotes organization and Head Coach André Tourigny’s staff,” said Armstrong. “He brings extensive hockey knowledge and coaching experience to our team, and we are confident that he will be a great addition. We are also pleased to have Phil, Cory and Corey return this season. They are all quality people and very good coaches.”

“I’m very fortunate to work with such a great group of coaches,” said Tourigny. “They bring a wealth of knowledge, both in their coaching and playing careers, and extensive experience to the Coyotes. We are all looking forward to the start of training camp and the season.”

Duhamel joins the Coyotes from the Ottawa 67’s where he served as an associate coach under Tourigny since 2017-18. The 46-year-old native of Saint-Bruno, Québec previously spent time with the Rouyn-Noranda Huskies of the Quebec Major Junior Hockey League (QMJHL). He began his junior coaching career in 2005 with the Huskies as an assistant coach.Duhamel was named head coach of the Drummondville Voltigeurs of the QMJHL in 2009. He amassed a 162-87-23 record over his four seasons with Drummondville and was a finalist for the QMJHL Ron Lapointe Coach of the Year Award during the 2010-11 season. He joined the Colorado Avalanche as the team’s video coach under Patrick Roy for the 2013-14 and 2014-15 seasons. Tourigny was also an assistant coach on Roy’s staff for those two seasons.

In 2015, Duhamel returned to Rouyn-Noranda as the team’s assistant general manager. The Huskies won the QMJHL’s President Cup and made an appearance in the Memorial Cup Championship. Duhamel has also coached at the international level with Canada including as an assistant coach at the 2012 Ivan Hlinka U18 Championships and the 2013 World Junior Championships.

The Coyotes also announced today that assistant coaches Phil Housley and Cory Stillman as well as goaltending coach Corey Schwab will return to the team’s coaching staff for the 2021-22 season.

OHL
OHL Mourns the Loss of Fred Stanfield
22 hours ago