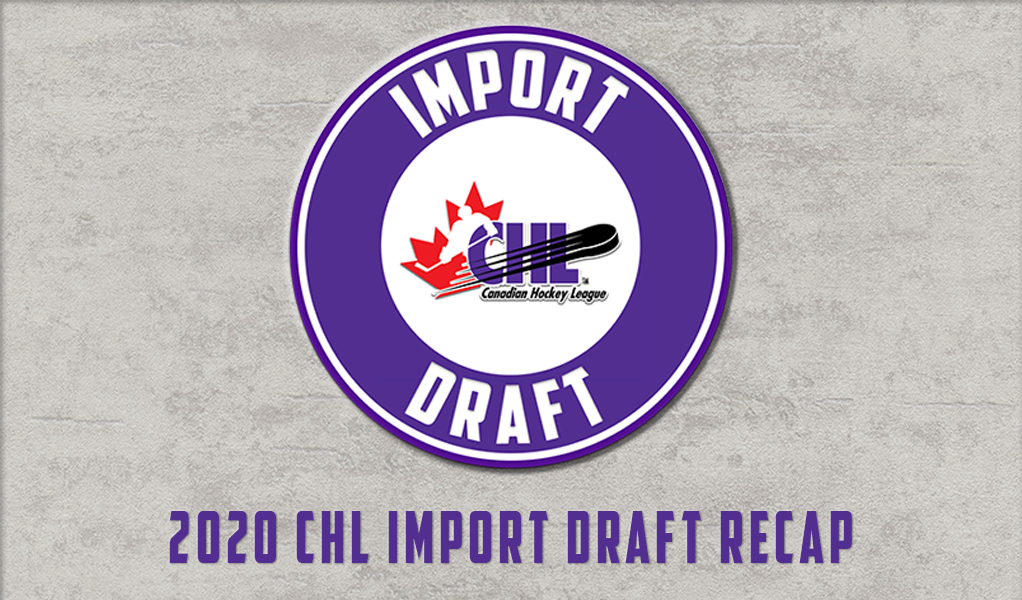 Toronto, ON – The Canadian Hockey League today announced the final results of the 2020 CHL Import Draft.

The 29th annual CHL Import Draft included 66 players consisting of 38 forwards, 22 defencemen, and six goaltenders.  The 66 players were chosen from 11 different countries featuring a draft-high 15 players from Russia.  A total of 50 CHL teams participated including 20 Western Hockey League teams selecting 25 players, 17 Ontario Hockey League teams making a total of 23 picks, and 13 Quebec Major Junior Hockey League teams choosing 18 players.  This season’s 66 players represents the lowest number of total selections made since there were 62 in 2011, while 10 teams passing in the opening round has not happened since 2000.

The two-round draft took place online with the order of selection rotating through each of the CHL’s three leagues using an inverse order of final regular season standings from each league from the 2019-20 season.  Each CHL team is permitted to dress a maximum of two import players each season who are selected annually through the CHL Import Draft.

The North Bay Battalion used the first overall selection on Russian forward Matvei Petrov, a 17-year-old from Moscow who scored five goals and four assists for nine points over 21 games with MHK Krylia Sovetov, Russia’s top junior circuit, this past season.  The 2021 NHL Draft prospect is the first Russian player to be selected first overall in the CHL Import Draft since 2017 when the Barrie Colts chose Andrei Svechnikov who would go on to earn OHL Rookie of the Year honours and the CHL’s Top Draft Prospect of the Year Award ahead of joining the Carolina Hurricanes.

With the number two pick, the Acadie-Bathurst Titan chose 18-year-old goaltender Jan Bednar from the Czech Republic who spent the 2019-20 season with his hometown HC Energie Karlovy of the Czech Extraliga which is the country’s top men’s league.  In 13 games the 2020 NHL Draft prospect, ranked second among European goaltenders by NHL Central Scouting, posted a 4.39 goals-against-average, a .884 save percentage, and one shutout a season after earning Rookie of the Year honours.  Bednar is the first goaltender to be chosen second overall since the Erie Otters selected Slovakia’s Jaroslav Janus in 2007, while just two years ago Finland’s Ukko-Pekka Luukkonen was chosen third overall by the Sudbury Wolves and went on to earn OHL Goaltender and Player of the Year honours.

Rounding out the top three selections was the Swift Current Broncos who added defenceman Oliver Fatul from Bratislava, Slovakia, who spent the majority of the 2019-20 season with HKM Zloven in Tipsport Liga which is the country’s top professional league.  Fatul, who will turn 18-years-old in August, was one of just two U18 rearguards to play more than 25 games at that level this season recording two assists in 29 games.  He’s eligible for the 2020 NHL Draft and is listed 70th among European skaters by NHL Central Scouting.  This marks the second straight season the Broncos have selected a defenceman inside the top three picks of the CHL Import Draft having chosen Finland’s Kasper Puutio in 2019.

The 2020 CHL Import Draft featured two players previously selected in the NHL Draft including Finnish forward Henri Nikkanen, picked at number 42 by the Winnipeg ICE, who is also a Winnipeg Jets prospect having been chosen in the fourth round in 2019.  The Saginaw Spirit also picked a prospect with ties to their home state of Michigan opting for Detroit Red Wings 2019 third round choice in Swedish forward Albin Grewe at number 112.

This year’s CHL Import Draft class features a total of 18 players who are first year eligible for the 2020 NHL Draft including 12 who appear in NHL Central Scouting rankings led by German forward John-Jason Peterka who is listed seventh among European skaters and was selected at number 55 by the London Knights.  Another 34 players won’t become eligible for the NHL Draft until 2021, plus five who will be part of the 2022 NHL Draft class.  Notable names in that group include Russian forward Maxim Barbashev chosen 50th by the Moncton Wildcats, the same club his older brother Ivan played for between 2012-15 before becoming a Stanley Cup champion with the St. Louis Blues.  Furthermore, the youngest player in the draft is Brad Lambert chosen 33rd by the Saskatoon Blades, the same city where he was born and raised before moving to Finland with his family for the start of the 2017-18 season.  Brad’s father Ross and uncle Lane were both members of the Blades in the 1980’s. 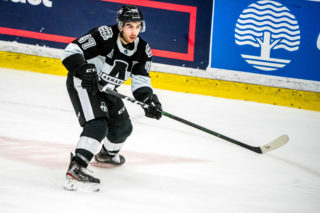 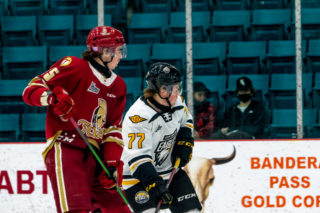 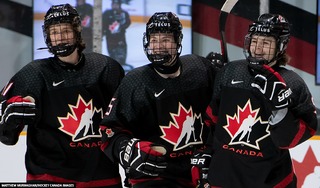 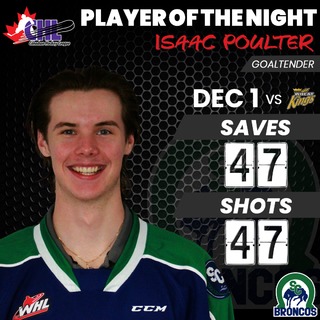