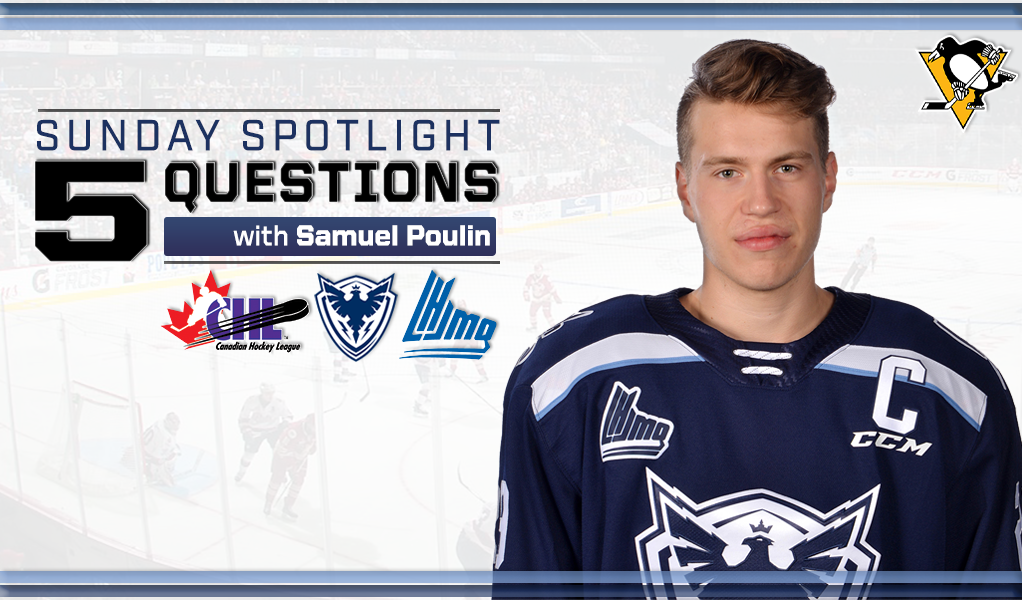 To say it’s been a successful start to the season for Samuel Poulin and the Sherbrooke Phoenix would be an understatement.

Standing top spot in the QMJHL with a 20-3-2-0 showing and 42 points, the Phoenix are headlined for Poulin who through 23 games ranks second in team in scoring with 37 points counting 16 goals and 21 assists. That stretch includes a franchise record setting night against the Shawinigan Cataractes in mid-October in which Poulin notched two goals and six assists for eight points en route to a 9-4 victory.

The Pittsburgh Penguins first-round pick recently chatted with the Canadian Hockey League about his team’s success this season as well as his experience at NHL training camp, among other exciting topics:

How nice is it to have success in Sherbrooke as the CHL’s top ranked team?

For sure, it’s nice, since I’ve been in Sherbrooke the past two years the teams were not as good as this year so it’s fun to have success this year.

How have you been able to have such great chemistry with Felix Robert and Alex-Olivier Voyer?

We’ve been playing together since last year so right at the start of the year it was much more easy to play together.

How did it feel to have a highlight reel play go viral?

For sure it was nice. Since I’ve been a little kid I’ve watched highlight reels from the NHL so just to see that they re-posted (a social media clip) my goal was really special.

What was your most memorable experience from being in Pittsburgh at Penguins camp?

The best part was competing against (Sidney) Crosby, (Evgeni) Malkin, (Kris) Letang, and all these guys during scrimmage. These are the best players from the NHL and just to have the chance to compete against those guys and play with them was something memorable.

What was the best part about competing in the CIBC Canada Russia Series with Team QMJHL?

The best thing about that series was to compete against the Russians and to play with the best players from the QMJHL. You don’t have that opportunity really often so to just enjoy the moment was really fun.