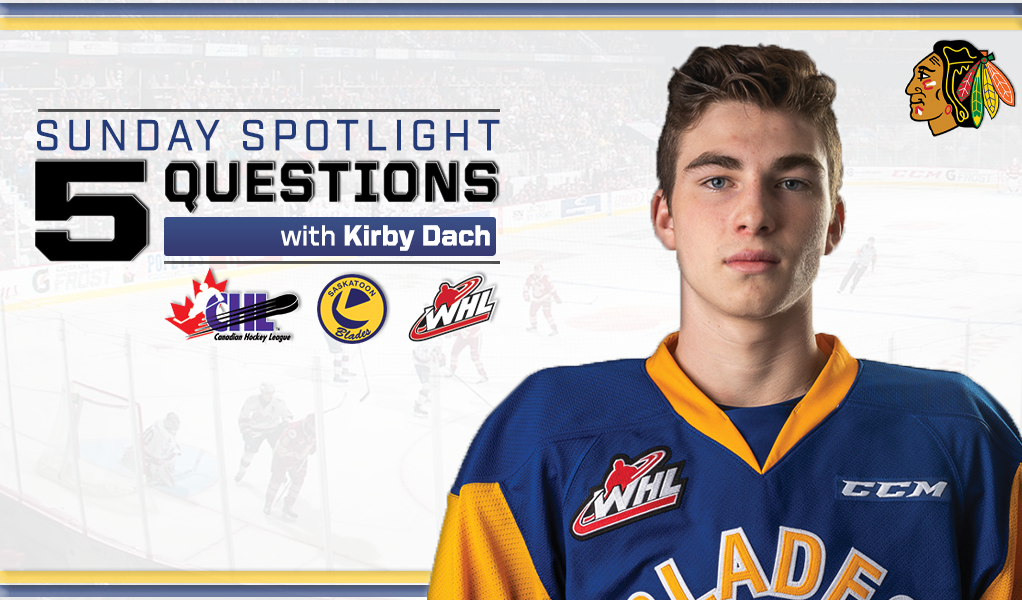 And his season isn’t done yet.

The third overall pick in the 2019 NHL Draft is one of only three players selected last June who had a full time role in the league during 2019-20 and will be returning to the Chicago Blackhawks for Training Camp this week as the team prepares for a qualifying round matchup against the Edmonton Oilers in August.

The 19-year-old from Fort Saskatchewan, Alberta, scored his first career goal on October 22 and would tally a total of eight times during his rookie campaign while adding 15 assists for 23 points in 64 games. This after just his second full season with the Saskatoon Blades in 2018-19 where he scored 25 goals with 48 assists for 73 points in 62 Western Hockey League games.

Dach took time to connect with the CHL just before the NHL’s return to play.

Where did you spend your time off and how did you stay active?

I’m fortunate enough to have a home gym so during COVID I was able to work out as much as I wanted to. At the same time I went out to the lake lots with family and friends and did a lot of water sports.

Are you excited to get back on the ice with the Blackhawks and compete for a Stanley Cup?

Yeah I’m very excited to get back to Chicago and be with the guys again and hopefully make a run for the cup. I think my first season I’ve learned a lot and it would be pretty cool to have that playoff experience.

What’s been the highlight of your first NHL season so far?

The most memorable moment from this year would have to be Patrick Kane’s 1000th point. Just being a part of that celebration was something truly special.

How were you able to make the transition from the CHL to NHL so quickly and easily?

The jump to the NHL was definitely not easy. There’s a lot of learning along the way and I had a bunch of good mentors in Chicago to help me learn the pro mentality of how to play the game and that’s what kind of helped me out the most.

What do you think about when you reflect on your two WHL seasons in Saskatoon?

The most notable memories I have with Saskatoon are all the guys that I met along the way and all the friendships I’ve built that will last a lifetime. It really helped me grow as a person and as a player.

The 5 Questions series appears every Sunday during the season and periodically in the summer.