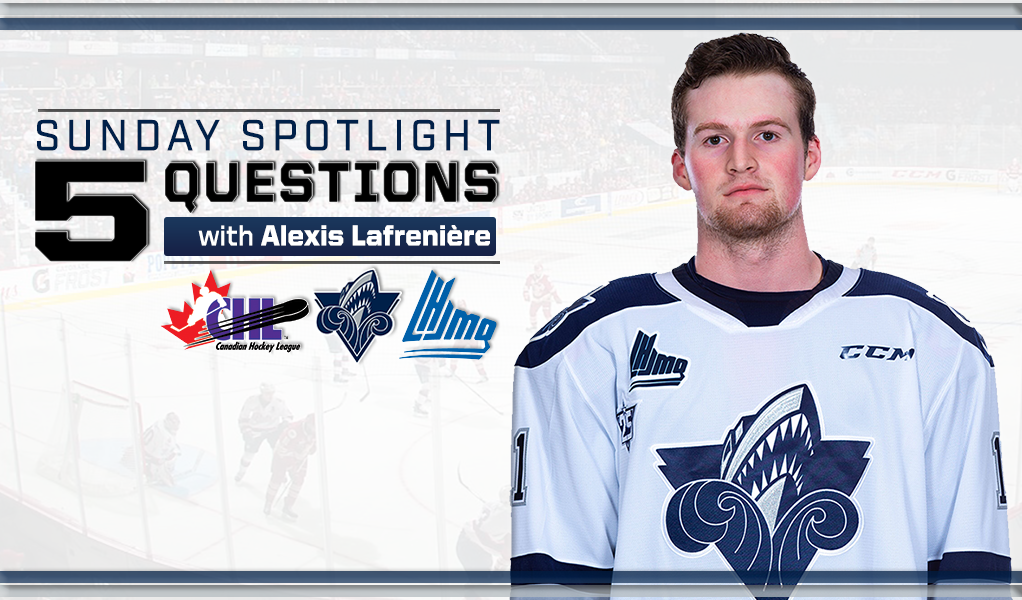 Alexis Lafreniere entered the 2019-20 CHL campaign as the early favourite to be selected first overall in the coming 2020 NHL Draft.

Through the season’s early goings, there has been no disappointment, as the Quebec native leads the entire circuit with 23 points counting eight goals and 15 assists across nine appearances. That performance comes on the heels of an incredible sophomore season in which Lafreniere was recognized as the CHL Player of the Year after finishing tied for second in QMJHL scoring with 37 goals and 68 assists for 105 points.

Lafreniere, who celebrated his 18th birthday on Friday, chatted with the Canadian Hockey League about his early success as well as the upcoming draft in Montreal:

You were the top CHL scorer during the first three weeks of the season, how does it feel to be playing so well?

My teammates helped me on the ice and they were playing really good. They helped me a lot and as team we were getting better every day so it’s pretty good for us.

What aspect of your game is your biggest strength?

My vision. I think that is my premiere quality as a hockey player.

What was it like being part of Sidney Crosby’s jersey retirement ceremony?

We were excited. It was such an amazing night. It’s such an honour for us to be a part of this.

How does it feel to be named captain of the Oceanic for the club’s 25th anniversary season?

It’s a great honour. It’s my third year here and I have had the chance since the beginning to see how this organization is a classy one. I will do my best to be the best captain I can every single game.

It’s still a few months away but how much are you looking forward to the 2020 NHL Draft in Montreal?

I don’t want to think about it right now. There is a long season before June and I have to work hard with my teammates to win with the Oceanic this year.