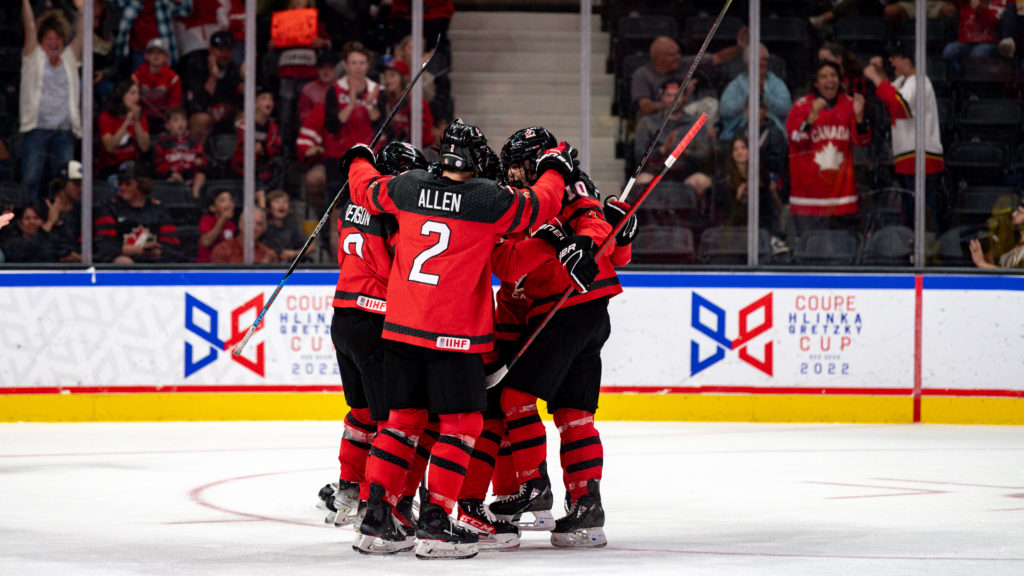 “It feels amazing,” said Ratzlaff. “I’m just so excited to win this tournament.”

Gauthier’s six goals led the tournament while Ritchie’s 10 points were the most in the competition. Canada’s captain, Cam Allen (GUE), led all d-men in scoring with one goal and six assists. Every Canadian skater registered at least one point besides Oliver Bonk (LDN).

Ratzlaff went a perfect 4-0-0 with a .976 save percentage and a 0.50 GAA. The Thunderbirds goaltender recorded two shutouts and stopped 83 of the 85 shots he faced in the tournament.

Canada outscored opponents 34-3 en route to gold. They cruised through the round-robin after wins over Switzerland (14-0), Slovakia (9-1) and Sweden (3-0) before they beat Finland 4-1 in the semi-final. The team’s penalty kill was perfect all tournament long as they killed off all 24 shorthanded opportunities, and scored three shorthanded goals in the process, while the power play went 8-for-17.

It is the 23rd time Canada has claimed gold at the Hlinka Gretzky Cup and the first since 2018.