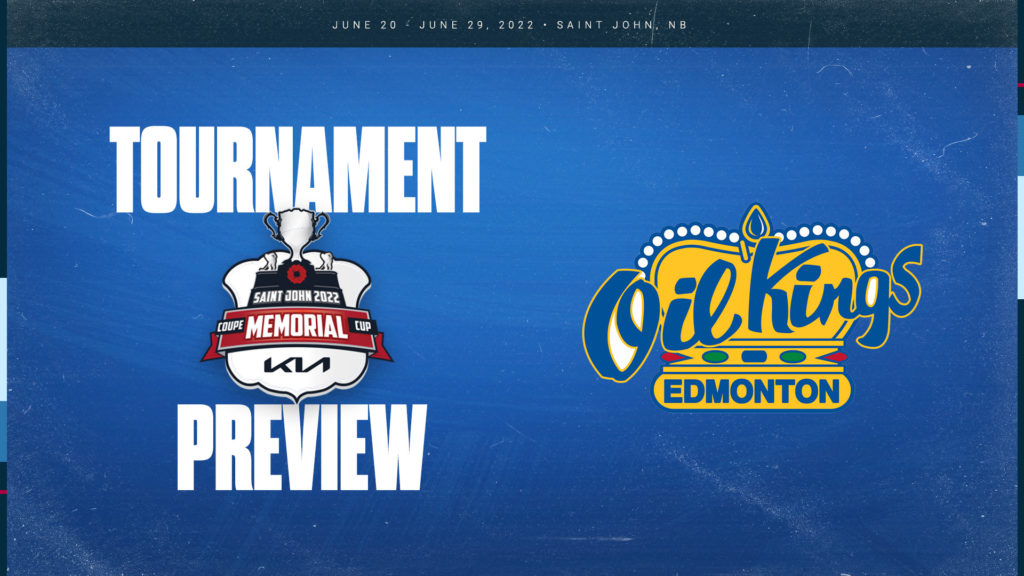 How they got here

Built to win from the get-go this season, two major trades helped pushed the Edmonton Oil Kings over the edge in 2021-22.

The team acquired Kaiden Guhle from Prince Albert Dec. 1 while they picked up Justin Sourdif at the WHL Trade Deadline to gear up for a deep run.

The Oil Kings won 50 games during the regular season and tallied 104 points, both franchise records, as they concluded the year with the second best record in the WHL and a Central Division title.

Their dominance was shown by virtue of being in the CHL Top 10 on 25 occasions before they went on a 16-3 run in the WHL Playoffs to claim their third Ed Chynoweth Cup in the last decade.

They concluded the regular season on a 23-2-1 streak before they swept Lethbridge and Red Deer to setup a mammoth tilt with the top-ranked Winnipeg ICE. However, the Oil Kings had no trouble with the league leaders as they won in five games before they disposed of Seattle in Game 6 on home ice.

Edmonton’s roster was built through a mixture of the WHL Bantam Draft and trades; 14 players were draft picks while eight players were acquired via trade. Jakub Demek was picked up via the CHL Import Draft.

The stars that will be on display in Saint John will be plentiful for the Oil Kings but they’re arguably going to be missing their biggest for the tournament.

Dylan Guenter, who led the team in goals (45) and points (91) during the regular season, has been ruled out of the tournament with a knee injury.

The Arizona Coyotes prospect played 16 postseason games but only suited up three times in the WHL Championship and was held pointless throughout.

While his absence will be missed, the Oil Kings won’t be short on talent. They arguably have the best goaltender in the CHL in Detroit Red Wings prospect Sebastian Cossa who went 33-9-3 with a 2.28 GAA and .913 save percentage in the regular season before he recorded five shutouts throughout the WHL Playoffs.

Guhle, drafted by the Montreal Canadiens, was named WHL Playoffs MVP after he set an Oil Kings franchise record with eight postseason goals while Guenter led the team in scoring throughout the playoffs with 13 goals and 21 points. With Edmonton, Sourdif, a third round pick by Florida in 2020, tallied 17 goals and 39 points after he was acquired from Vancouver and chipped in with 14 postseason points.

Luke Prokop, a Predators prospect, continues to be a force defensively as his +23 rating led the entire WHL throughout the postseason. Demek, who was selected by the Golden Knights in 2021, and captain Jake Neighbours, who played nine NHL games for St. Louis earlier this season, each registered 17 postseason points after they combined for 99 points in the regular season.

“You want to get going but at the same time it’s good to get in, see the city, walk around a little bit and get comfortable and get setup.

“It’s similar to playoffs in the sense that you have to make changes but you have to do them a little more quickly with playing different teams in such a short amount of time. We’re looking forward to it. It’s a short-term competition … we have to make sure that we don’t have too many breakdowns as you can’t afford a lot of mistakes in this tournament and go out there and play our game.

“We lost Dylan early in Game 3 of the [WHL] Finals and I thought we did well without him. Obviously, that’s a huge hole that isn’t going to be filled by any one person, it will take multiple forwards stepping up and playing more minutes. We always talk about the ‘next man up’ mentality and we’re going to have to continue to do that with Dylan out.”

“You’ve got to be a little more tight. There’s not much room for mistakes. But besides that, nothing really changes. Just go out there and play.

“We just keep playing our game and don’t change a whole lot. Obviously, there’s good teams here, all championship teams. If we play our game, we’ll be fine.

“The guys are really well prepared for tonight. We have to stick to our game and worrying more about ourselves is how we should approach the game.

“We’ve got one game to beat them. every minute, every shift counts. We’re going to try and stick to our game plan and not stray away from it. It’s not showtime, even though it’s the Memorial Cup, and we’ll play as a collective group.”

This is the third time the Oil Kings will appear in a Memorial Cup after they took part in the 2012 and 2014 editions after they had claimed the Ed Chynoweth Cup.

Of course, Edmonton fondly remembers the 2014 tournament where they claimed the first Memorial Cup in franchise history after a 6-3 win over the Guelph Storm in London.

Michael St. Croix holds the franchise record for goals (128) and points (320) while T. J. Foster’s 338 games played is the most ever by an Oil King. Tristan Jarry’s 93 wins are the most by an Edmonton goaltender.