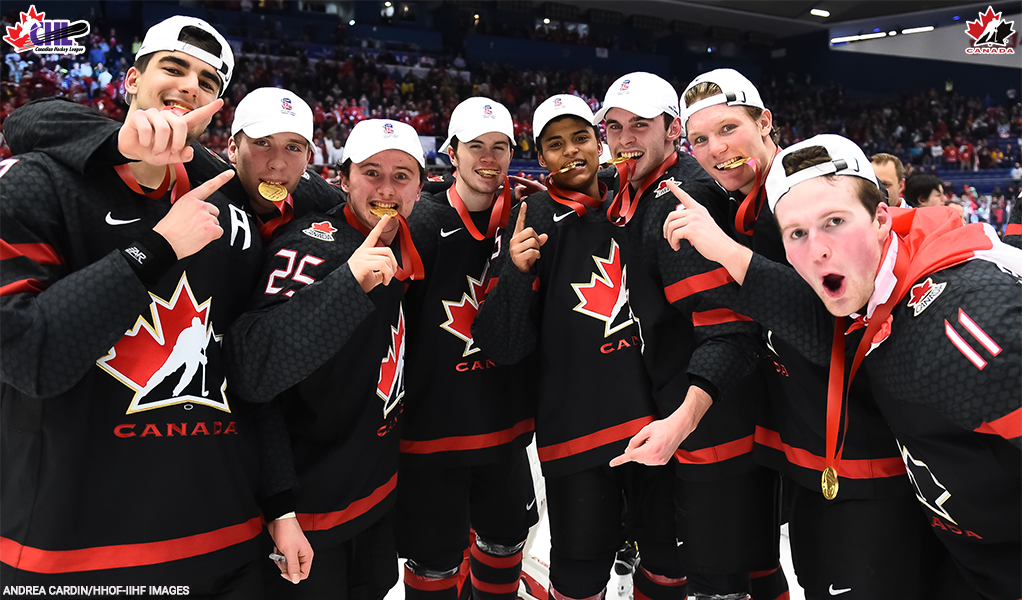 For the first time since 2005, the IIHF World Junior Championship, a holiday hockey tradition, will get underway on Christmas Day. Three games highlight the opening-day schedule before Canada’s National Junior Team begins defence of its gold medal against Germany on Boxing Day.

Hockey Canada and the host committee, on behalf of the International Ice Hockey Federation (IIHF), unveiled the full tournament schedule Monday. All 28 games will be played at Rogers Place in Edmonton, Alta., from Dec. 25, 2020 to Jan. 5, 2021.

As the situation surrounding the COVID-19 pandemic continues to evolve, it was announced last month, through careful consideration with provincial and federal health authorities, that the World Juniors would be played without fans.

“A tremendous amount of planning has been underway for almost two years and announcing the schedule signifies how close we are to puck drop,” said, Riley Wiwchar, executive director of the 2021 IIHF World Junior Championship. “After announcing the return of the tournament last month, there is a feeling, even knowing there won’t be fans in the building, of excitement and anticipation across the province and extending across the country as fans get set to cheer on the future stars of the game.”

The schedule is out! Team Canada will defend its #WorldJuniors gold medal beginning Boxing Day against Germany. @HC_WJC

“To have the opportunity to go and play in that tournament and go into that atmosphere will just be something really cool and something that we’ve all been missing and I’m really looking forward to hopefully getting back in that jersey,” Erie Otters defenceman Jamie Drysdale told TSN’s James Duthie. “It doesn’t matter that we won last year. Nobody really cares anymore. It’s done with and it’s a new year. We have to go in with a mentality where we’re coming in just as hungry as everyone else.”

“I think it’ll be a really exciting tournament and one that everyone who makes Team Canada will be really excited to play in and really look forward to try and push for that second straight gold medal.”

Take a team-by-team look at the #WorldJuniors schedule, including games to watch and key numbers for all 10 countries.

The 10-team tournament features Canada in Group A with Finland, Germany, Slovakia and Switzerland. Group B is comprised of Austria, the Czech Republic, Russia, Sweden and the United States.

In addition to Canada’s Boxing Day match-up with Germany, it will also play Slovakia on Dec. 27 and Switzerland on Dec. 29 before closing out the preliminary round with a New Year’s Eve showdown with Finland.

For more information from the IIHF, please visit the official tournament website at 2021.worldjuniors.hockey.

For more information on Hockey Canada, Canada’s National Junior Team and the 2021 IIHF World Junior Championship, please visit HockeyCanada.ca, or follow along through social media on Facebook, Twitter and #WorldJuniors.