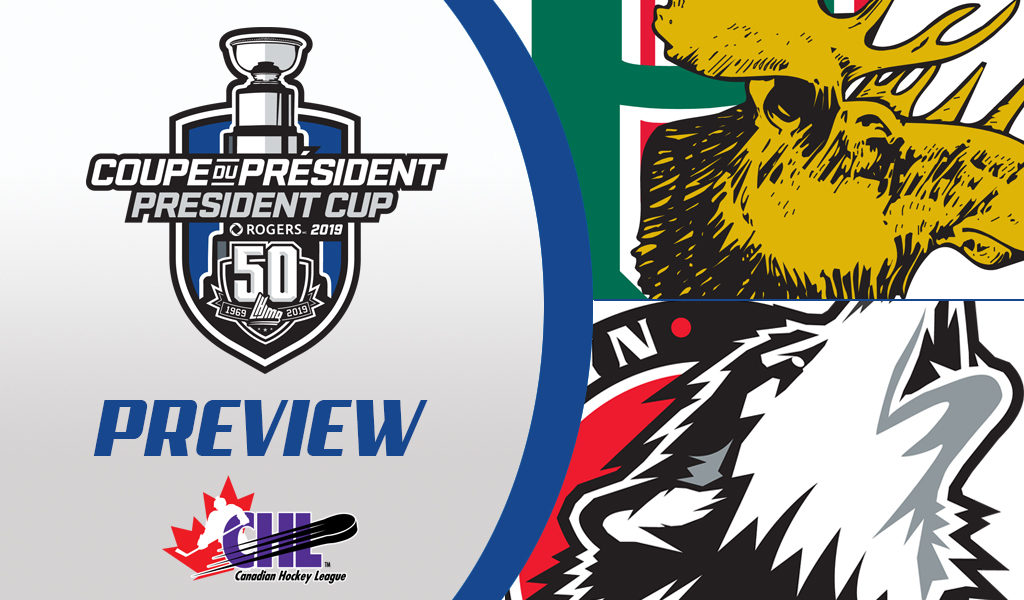 The final round of the Quebec Major Junior Hockey League playoffs opens Thursday:

Two conference winners will battle it out to claim the President’s Cup, with the first-place Huskies looking to win their second championship in the past four seasons, while the Mooseheads hope to capture their first since 2013.

After a rocky start to the postseason in which the Huskies dropped two of four contests to the 16th-place Shawinigan Cataractes, the team has found its footing, piecing together 10-straight victories, counting sweeps of the Victoriaville Tigres and Rimouski Oceanic in the latter rounds of the postseason. The streak resembles the team’s play from earlier this year when it won 25 games in a row to tie a CHL record.

Up front, the Huskies are led by Montreal Canadiens signee Joel Teasdale as well as overager Peter Abbandonato, who put up 111 points in the regular season to take home the Jean Beliveau Trophy as the league-leading scorer. Abbandonato could prove to be the ‘X’ factor versus the Mooseheads as he is hopeful to return to play after missing the previous round due to a bout of mononucleosis.

In facing the Mooseheads, the host team of the 2019 Memorial Cup presented by Kia, the Huskies are guaranteed a spot in the CHL championship, but still hope to enter the tournament on a high note by capturing the President’s Cup, as defenceman and New York Islanders first-round pick Noah Dobson did so last season with the Acadie-Bathurst Titan before going on to win it all.

While the Huskies and Mooseheads will meet in round-robin action at the 2019 Memorial Cup presented by Kia, the President’s Cup Final will serve as a tune up for the big tournament. The Huskies have never won the CHL title, but the Mooseheads did six seasons ago, and hope to do so again this year, led by draft-eligible right-wing Raphael Lavoie, who has tallied an astounding 27 points through 17 playoff appearances, including a league-best 17 goals.

The chance to shine on the big stage at the 2019 Memorial Cup presented by Kia will be the next opportunity ahead of Lavoie, who ranked 20th among North American skaters in the final report by NHL Central Scouting.