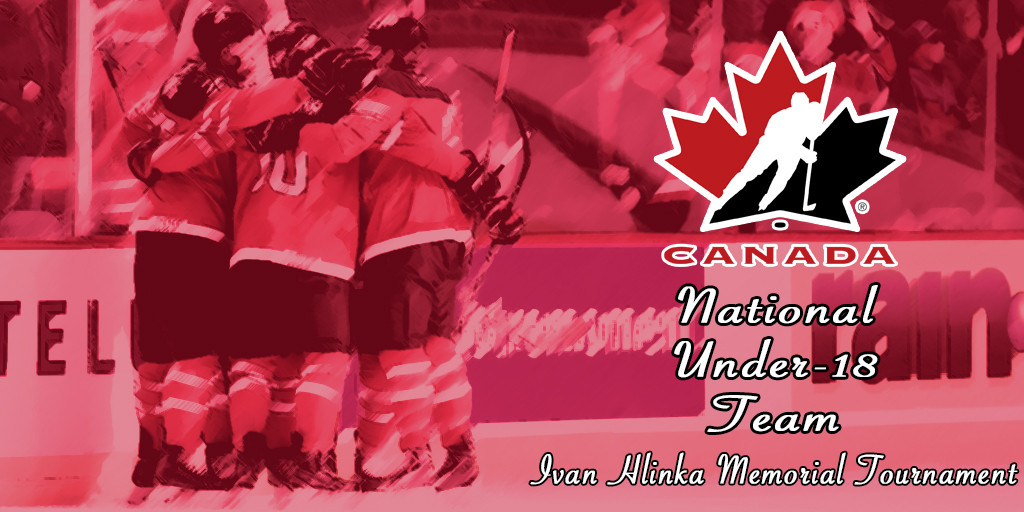 CALGARY, Alta. – With the last of three intrasquad games at Canada’s National Men’s Summer Under-18 Team selection camp in the books, Hockey Canada has announced the 22 players who have been selected to wear the Maple Leaf at the 2016 Ivan Hlinka Memorial Cup.

“The Ivan Hlinka Memorial Cup is a unique event for us because it’s one of the few opportunities we have to assemble the very best players in the country; the August timing doesn’t conflict with other league priorities, so it really sets up to be a best-on-best event and a great display of on-ice skill and talent,” said Ryan Jankowski, Hockey Canada’s director of player personnel. “Canadians can expect good speed, size, and talent from this year’s National Men’s Summer Under-18 Team. They are a well-balanced group of players. The players and our team staff are excited and ready to represent Canada with pride once again.”

*replaced due to injury

What began as a 44-player selection camp roster was shortened by Jankowski, McFarland, Rumble, French, and members of the management group of Hockey Canada’s Program of Excellence following five days of on- and off-ice sessions, including three intrasquad games, at the Markin MacPhail Centre in Calgary.

Wearing the newly-released Team Canada jersey, Canada will play in Group B with Russia, Slovakia, and Sweden; Group A consists of the Czech Republic, Finland, Switzerland, and the United States. Canada will face the Czech Republic in a pre-tournament game on Aug. 6, and officially opens the tournament Aug. 8 against Slovakia. The top two teams from each group advance to the semifinals on Friday, Aug. 12, with the gold-medal game scheduled for Saturday, Aug. 13.