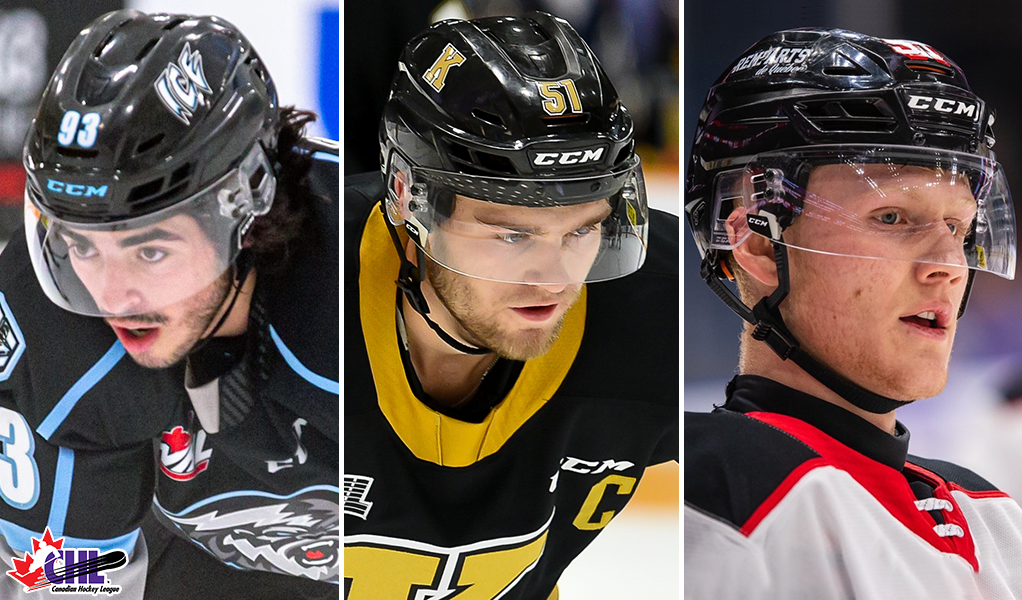 143 Canadian Hockey League players have been listed as Players to Watch by NHL Central Scouting ahead of the 2022 NHL Draft.

In all, seven players received ‘A’ ratings, indicating likely first-round candidates. Three ‘A’ rated players come from the WHL and two each from the OHL and QMJHL.

From the OHL, the list of ‘A’ talent includes Guelph Storm centre Matthew Poitras as well as Kingston Frontenacs centre Shane Wright.

Rounding out the list, the two ‘A’ rated players from the QMJHL include Quebec Remparts centre Nathan Gaucher and Gatineau Olympiques defenceman Tristan Luneau.

In all, 52 CHL clubs are represented by at least one player, with the London Knights headlining the list with eight players followed by the Guelph Storm and Sudbury Wolves each with six, and the Niagara IceDogs and North Bay Battalion each with five. In the WHL, the Prince George Cougars, Seattle Thunderbirds, and Swift Current Broncos are the most represented clubs, each with four players, while in the QMJHL, the Gatineau Olympiques, Halifax Mooseheads, and Moncton Wildcats headline the league each with four representatives.