The Ottawa 67’s can advance to the Ontario Hockey League semi-finals with a road win over the Hamilton Bulldogs on Wednesday when the two sides square off for Game 4 on Sportsnet 360 at 7:00pm ET/4:00pm PT.

Ottawa carries a three-game lead in the series, punctuated by a close-knit 2-1 victory in Game 3 in which centre Mitchell Hoelscher, a New Jersey Devils draft pick, and defenceman Noah Hoefenmayer, and Arizona Coyotes prospect, provided the offense. Between the pipes, netminder Michael DiPietro, a third-round pick by the Vancouver Canucks in 2017, turned aside 18 shots for the victory.

Earlier in the series, the 67’s came away with a pair of wins on home ice, backed by 9-3 and 5-2 scores. Across three games, four players stand atop the 67’s team lead in scoring with five points, including Ottawa native Graeme Clarke, a 2019 NHL Draft hopeful who was ranked 56th among North American skaters in Central Scouting’s midterm assessment. Meanwhile, DiPietro has been solid through the three games, only letting up a combined six goals as he holds down a 2.00 goals-against average and .912 save percentage.

For the Bulldogs, who last year captured the J. Ross Robertson Cup as the OHL playoff champions, leading the way is right-wing Matthew Strome, a Philadelphia Flyers prospect, as well as blue-liner Kade Landry, both with three points versus Ottawa. In the blue paint, it’s been a busy series for goaltender Zachary Roy, who has faced 100 shots over three contests, including 41 in the quarter-final opener.

The 67’s took all five regular-season games against the Bulldogs, outpacing the opposition by a combined 26-13 score. On Wednesday, the Bulldogs will look to avoid their first playoff sweep since relocating to Hamilton. The franchise’s last four-game exit, as the Belleville Bulls, came in 2015 at the hands of the Barrie Colts. Meanwhile, a victory for the 67’s would mark the franchise’s first playoff series win since 2012 as well as its first sweep since a four-game knockout of the Peterborough Petes in 2005.

10 takeaways from QMJHL pre-season
20 hours ago 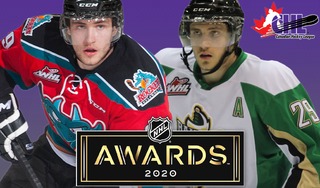 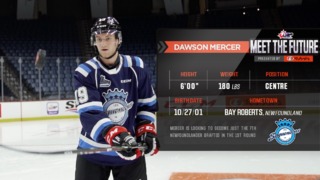