Around the CHL OHL

For the first time in franchise history the Owen Sound Attack are OHL Champions winning the Robertson Cup in dramatic fashion with a thrilling 3-2 overtime win over the Mississauga St. Michael’s Majors before a sold out Hershey Centre crowd of 5,517 in the seventh and deciding game of the Rogers OHL Championship Series.

Attack rookie Jarrod Maidens scored twice including the game-winner banging home a loose puck off a scramble just 3:27 into the extra frame to give Owen Sound their third overtime win of the series.

“I was just praying it was going to cross the line,” said Maidens.  “We have a great group of guys and we deserved it, it feels amazing.”

This marks just the third time in OHL history where Game seven of the Championship Series was decided in overtime and the first since 1996 when the Peterborough Petes beat the Guelph Storm 8-7, while North Bay also beat Detroit 5-4 in overtime in Game seven of the 1994 finals.  This is also the second time in three years for the Robertson Cup to be awarded following an overtime win as Playoff MVP Taylor Hall netted the winner in Game five of the 2009 finals for the Windsor Spitfires against the Brampton Battalion.

“This was such a great series and I give all the credit in the world to Mississauga who have a tremendous team,” said Attack Head Coach Mark Reeds.  “For our team, our ownership, and our fans this is a special day.  Our fans that made the trip down from Owen Sound have been with us the whole way and we look forward to them supporting us again next week.”

All four regulation goals were scored in the opening 20 minutes beginning with Mike Halmo’s fifth of the playoffs at 4:14.  Stuart Percy tied the game for the Majors at 7:26 before Maidens regained the Attack lead at 12:34.  Jordan Mayer scored the other Majors goal, his ninth of the playoffs on the power play at 14:48.

“What a great win,” said Attack captain Garrett Wilson.  “This was a new experience for us but everyone knew what we had to do.  When the goal went in I just jumped and I think I was the first guy in the pile.  This is the best feeling of my life.”

Robby Mignardi was voted winner of the Wayne Gretzky 99 Award as Playoff MVP with 15 goals and nine assists for 24 points in 22 games.

“I can’t even describe what this means,” said Mignardi.  “To win a championship on top of this award is even better, and to do it for this organization makes it special.”

Jordan Binnington made 25 saves to earn his second win of the series and just his fourth of the playoffs.  JP Anderson made 26 saves despite the loss.

The Majors will open the 2011 MasterCard Memorial Cup on Friday night against the QMJHL Champion while the Attack will face the Kootenay Ice on Saturday night.  Both games are at 7:00 pm and can be seen live on Rogers Sportsnet. 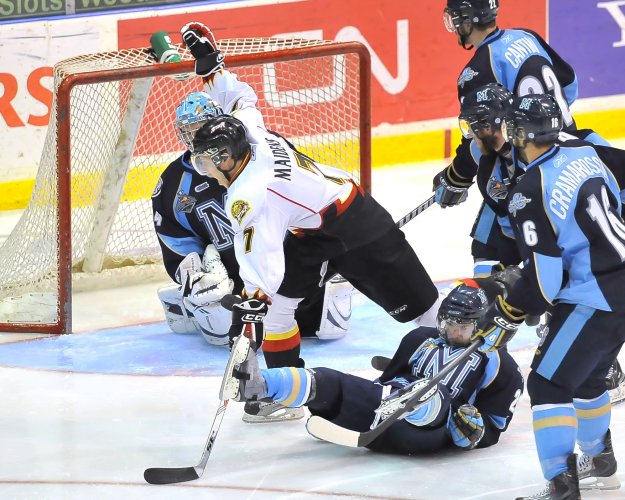 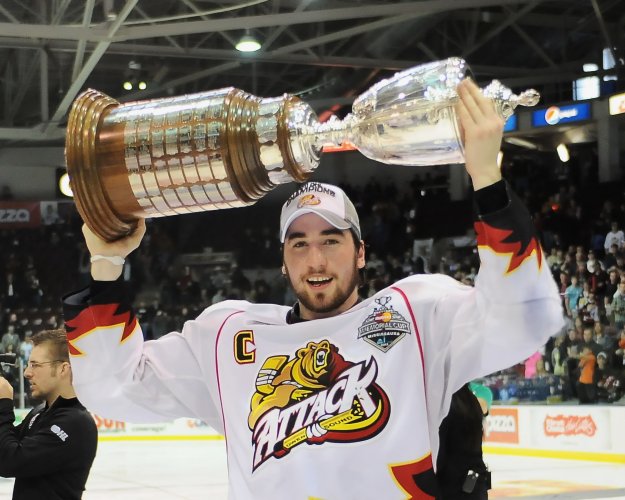