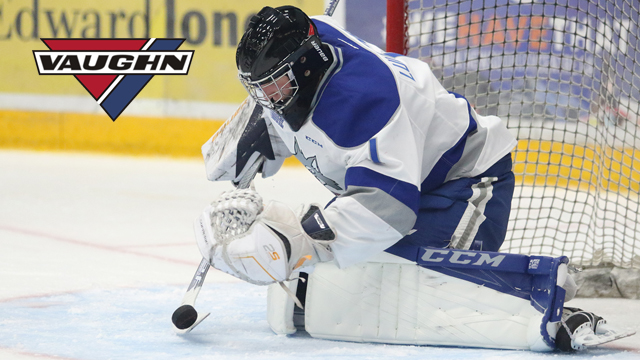 Toronto, ON – The Canadian Hockey League today announced that Buffalo Sabres prospect Ukko-Pekka Luukkonen of the Sudbury Wolves is the Vaughn CHL Goaltender of the Week for the regular season week ending December 2 posting a 2-0-0-0 record including a shutout victory for a goals-against-average of 1.00 and save percentage of .960.

Luukkonen turned aside 48 of the 50 shots he faced last week helping the Wolves extend their winning-streak to four games to keep pace atop a crowded OHL Central Division.  He made 20 saves on Friday night as part of a 3-2 win against the Peterborough Petes, then recorded his second shutout of the season on Sunday afternoon against the Mississauga Steelheads with a 28-save performance that earned him first star honours in the 7-0 victory.  The Wolves now carry a 17-8-1-1 record and are tied for first in the division with the Niagara IceDogs.

A 19-year-old from Espoo, Finland, Luukkonen was chosen third overall by the Wolves in the 2018 CHL Import Draft becoming the first goaltender selected in the process since 2013.  So far this season he carries a 15-5-1-1 record with a goals-against-average of 2.50 and save percentage of .922 which are both among the league’s leaders.  Luukkonen was a second round pick by the Sabres in the 2017 NHL Draft and was recently invited to Finland’s Selection Camp for the 2019 IIHF World Junior Championship.