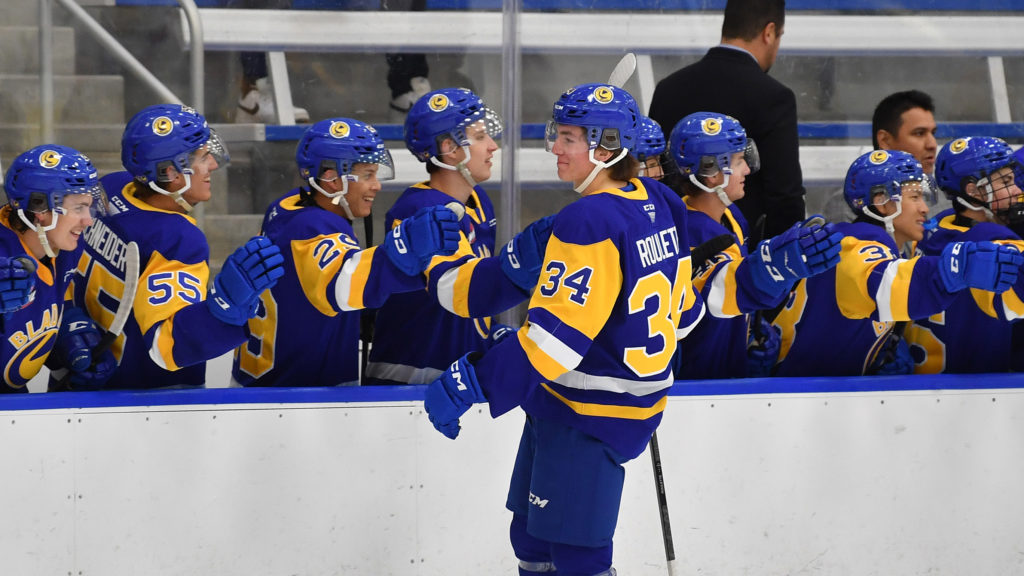 The WHL offseason saw some big-name players move teams ahead of the 2022-23 regular season.

A blockbuster took place between Saskatoon and Seattle while a Ed Chynoweth Champion was also on the move, among numerous other summer transactions.

The Broncos found their starting goaltender in Alexander as they look to get back into the WHL Playoffs for the first time since their championship winning season in 2017-18.

Paired with Reid Dyck, who was selected by Boston in the 2022 NHL Draft, Alexander will stable the Broncos crease after he was acquired for a third-round pick in 2025.

In 29 games last season with the Winnipeg ICE, Alexander went 18-7-2 with a 2.40 GAA and a .912 save percentage. An Anaheim Ducks draft choice in 2021, his GAA was the fifth best among all WHL goaltenders a year ago.

One half of the aforementioned blockbuster, Crnkovic joins a Thunderbirds team that is primed for another deep run after they fell short in last year’s WHL Championship to Edmonton.

Ranked third in the Kia CHL Top 10 preseason rankings, Seattle adds a legitimate goalscorer in Crnkovic who led the Blades in goals (39), assists (55) and points (94) last season. His 39 goals were good for the ninth most in the WHL while he ranked sixth in points. His 32 power play assists were tied for the league lead.

The Thunderbirds surrendered Conner Roulette in return for Crnkovic who joins a stacked squad that also features Jared Davidson, Kevin Korchinski and Reid Schaefer, among others.

In a trade that caught many by surprise, Lindgren leaves the Blazers to head to Red Deer, who won 45 games last season.

The Buffalo Sabres prospect registered 44 points (five goals) last season with 15 of his assists coming on the power play and will join a blue line that already boasts the talented Christoffer Sedoff.

The Rebels had to part ways with a conditional first-round pick in 2025, as well as Minnesota Wild prospect Kyle Masters, to secure Lindgren.

Fresh off of a WHL Championship with the Oil Kings, Luypen will now chase a second straight title with the Americans.

Luypen, who signed his entry-level contract with the Chicago Blackhawks earlier this summer, had 29 goals and 64 points in the regular season before he added nine points in 19 playoff games as Edmonton secured its third Ed Chynoweth Cup of the last decade.

Roulette played slightly better than a point-per-game pace in 2021-22 as he notched 66 points (24 goals) in 65 games before he tallied 18 playoff points to help lead Seattle to the WHL Championship Series.

Acquired in the Crnkovic trade, Roulette, a Dallas Stars prospect, will certainly look to fill that void and become a leading scorer for the Blades alongside recent Toronto Maple Leafs draft pick Brandon Lisowsky, among others.

The Blades won 36 games last year but were ousted by Moose Jaw in five games in the first round. It was just the second playoff appearance in nine seasons for Saskatoon.