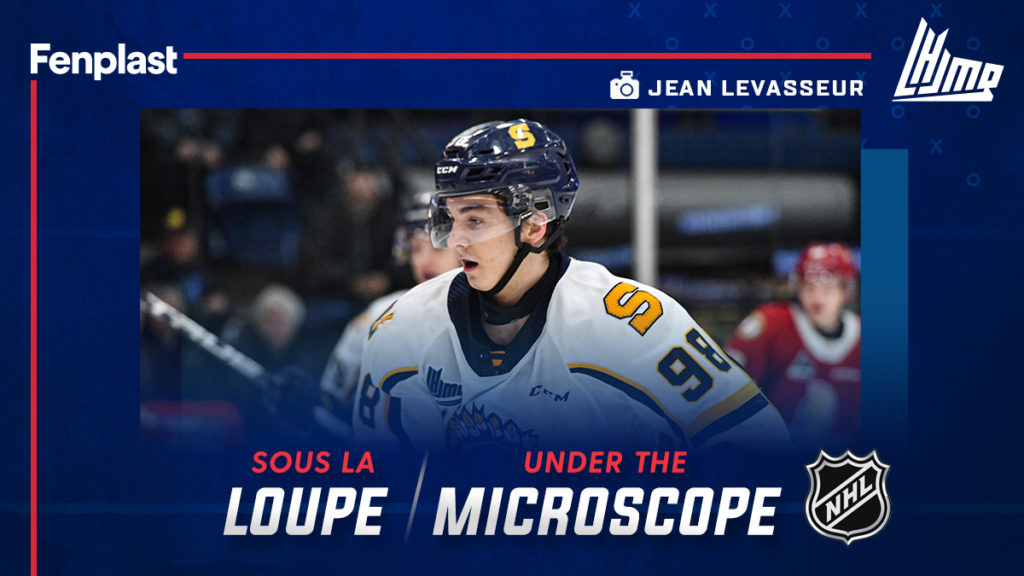 Xavier Bourgault is both a special player and a special person. The modest and down to earth Shawinigan Cataractes star has dreamed of playing under the bright lights of the NHL his entire life.

As far-fetched as that dream once seemed for a kid from L’Islet, Quebec, the path to that dream becoming a reality is suddenly much clearer.

“I’ve been waiting for this moment for a long time, so I will continue to work hard this season to achieve my goal of being drafted in the first round”, Bourgault said. “It’s a big year for me. But personally, I’m trying not to put too much pressure on myself to have a good year.”

With such a clear goal in mind, Bourgault is able to take the current season in stride, knowing very well that he can only control his own actions on a daily basis.

“As far as the pressure goes, my family, my teammates and Mavrik [Bourque] continue to help me to handle it,” Bourgault said. “I realize there’s going to be a lot of pressure every day. But my biggest goal is to be an NHL player, and I’m not going to miss out on that chance.”

“I realize it’s a lot of pressure to get drafted”, added the forward. “But that pressure helps me to work harder every day in the gym or on the ice, at practice, and in every game.”

Bourgault’s compete level rivals his skill set, which makes for a very lethal combination. The highly touted forward had a tremendous sophomore season with Shawinigan last year, one in which he lit the lamp 33 times and added 38 assists in 68 games.

But the elite-level scorer, who is looking to follow in teammate Mavrik Bourque’s footsteps by becoming the next Cataractes forward selected in the NHL Entry Draft’s opening round, knows that the work never ends for high-end NHL draft prospects. Especially not in a year in which the NHL Draft Combine and countless interviews with NHL clubs are on tap.

“First of all, I need to work out in the gym to get stronger”, acknowledged Bourgault. “At the next level, guys are very strong and fast, so I’ve been working a lot on my speed and explosiveness.”

“I need to be faster in the neutral zone to be more effective”, adds the 18-year-old. “I need to keep working on my defensive zone play and my 200-foot game. I need to focus more on that side of my game, to become a complete player, and get to the next level.”

One of three QMJHL players to receive an “A” rating as a projected first round selection by the NHL Central Scouting agency, Bourgault is focused on doing whatever it takes to help the Cataractes win this season.

“Shawinigan is a very good organization. We have a very talented bunch that is made up of a great group of guys”, he admits. “As one of the leaders on the team, I try to show the younger guys what it takes [to win] every night.” 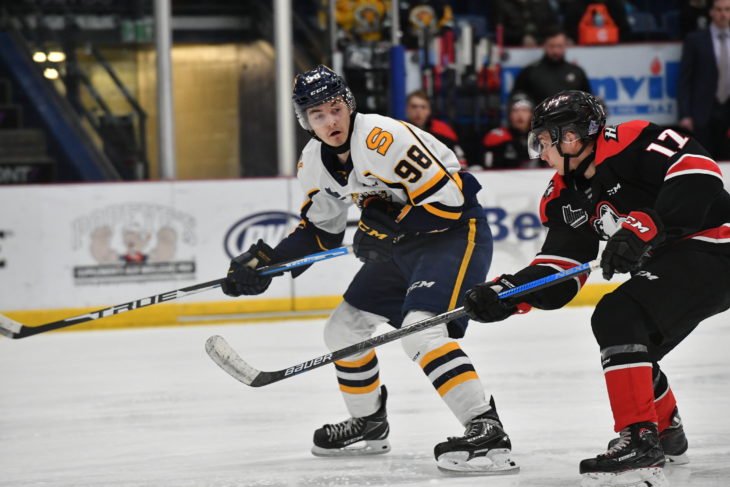 The speedy winger, who can score from just about anywhere on the ice, has off the charts puck skills and possesses a very accurate and pro-like shot. The 18-year-old models his game after two current NHLer’s, and both happen to play on his favorite NHL team.

“I really like Patrice Bergeron and David Pastrnak on the Bruins”, Bourgault admitted. “I just love to watch Pasta, he is so good offensively. And Bergeron, he is such a complete player.”

“I also like to watch TJ Oshie”, he adds. “Like me, he’s good in small areas and likes to score goals. He’s creative and brings a lot of speed to the game as well.”

NHL scouts are already liking what they see in Bourgault’s game so far. And they certainly believe his game can translate to the next level.

“Xavier can play all three forward positions and brings varying attributes to each,” said one NHL scout. “He is quick on pucks, loves to hunt them down and has some battle to his game. He loves to get involved.”

“He can make plays in tight spaces and has a good hockey IQ”, said another NHL scout. “Xavier possesses good offensive instincts; he knows where the openings and the soft spots are on the ice. He’s a good skater, very agile and quick.”

“Xavier also possesses solid puck carrying skills and brings a good combo of playmaking abilities and goal scoring”, added the pro scout. “He has good vision along with a hard wrist shot that he releases quickly.”

Knowing that many scouts have such high praise for the forward, what attribute does Bourgault feel he has that could help him fit in at the next level? He strongly believes his dual eligibility can be an asset for NHL teams.

“I arrived in Shawinigan as a center, but last year I played wing with Mavrik and I thought it went really well”, he said. “This year, I’m playing the wing again. I can play both positions, it’s really not a problem.”

The high end prospect is quick to credit to both his Bantam AAA coach, Simon Olivier, and his parents for their unwavering support, but also for instilling in him the importance of having a good work ethic, and how that relates to life and the game of hockey.

“My parents have helped me so much. They worked very hard so I could play hockey”, Bourgault said with pride. “They are a great example of discipline and dedication.”

“Simon helped me a lot as well. He showed me what it takes to become a pro”, added the Cataractes forward. “Bantam is when I started to think about being a pro hockey player and Simon was a big part of my life at that time. From nutrition, to hydration, to recovery, he showed me a lot. To this day I’m very disciplined in everything I do.”

Knowing just how far he has come since those days, it’ll be interesting to find out what it means to Bourgault and his family should he hear his name called at the NHL Draft later this year.

“Obviously, it will be the most important moment of my life”, he said with excitement. “Right now, I can’t tell you how it’s going to feel, but there is going to be a lot of pride and satisfaction for all the people that have helped me throughout my career. My family and I have put in a lot of work to get to this point.”

Luckily for Bourgault, they say hard work pays off. 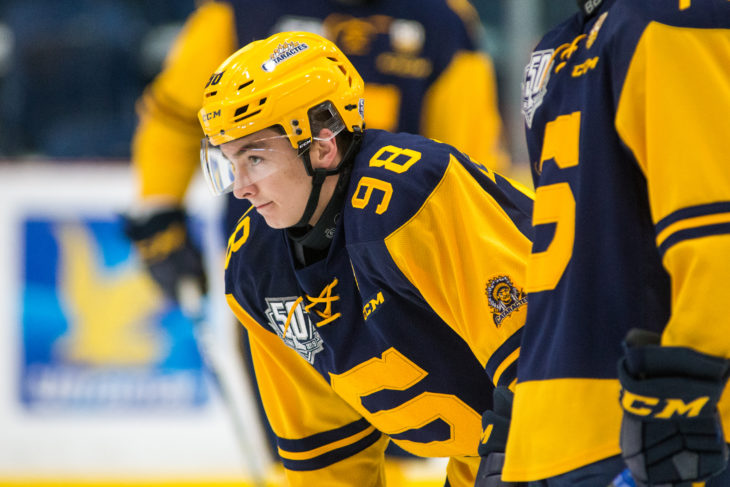