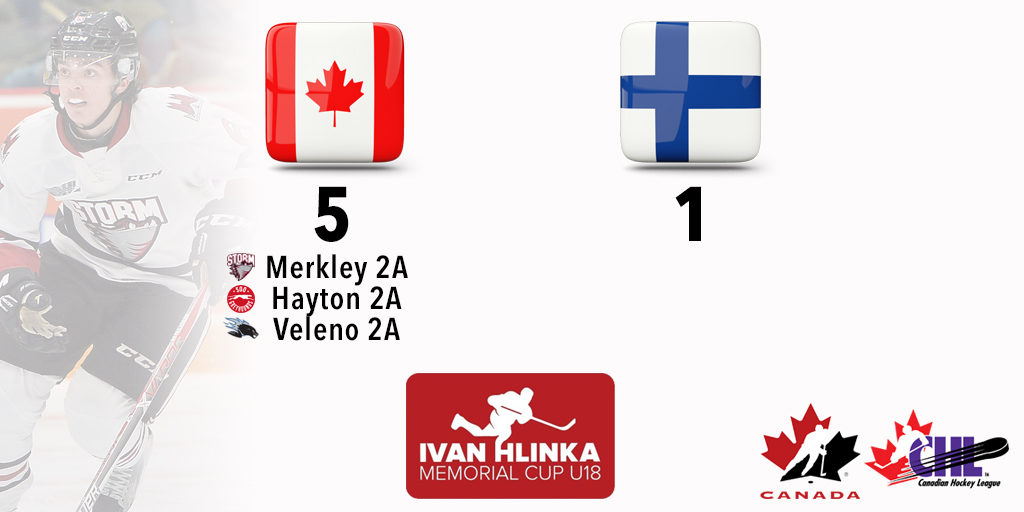 “I thought it was a good rebound performance by our team [following the shootout loss to Russia in the opener],” said Canada’s head coach Brent Kisio (Lethbridge Hurricanes). “We were aggressive in all three zones, and showed improvement as the game progressed. Our next game will be against Slovakia in front of their home crowd, so it’s important that we continue to maintain great habits.”

The Canadian power play went 3-for-7 as Calen Addison (Lethbridge Hurricanes), Nolan Foote (Kelowna Rockets) and Jack McBain found the back of the net on the man advantage while Benoit-Olivier Groulx (Halifax Mooseheads) and Gabriel Fortier (Baie-Comeau Drakkar) scored even strength markers.

Goaltender Olivier Rodrigue (Drummondville Voltigeurs) had his shutout bid spoiled with just 1:41 remaining in the third period as Finland’s Matias Maccelli made the score 5-1.

Canada outshot Finland 29-14 to improve to 1-1 following Monday’s shootout loss against Russia. Next action comes on Wednesday against host Slovakia at 1:00pm ET.