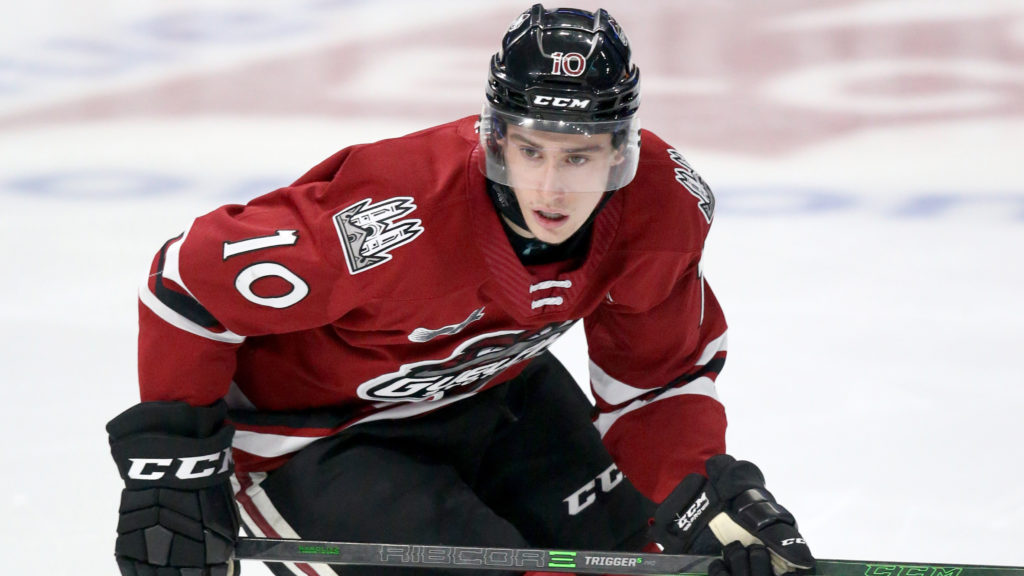 The 2022 NHL Draft is going to be a big one for the Guelph Storm.

With four players ranked inside the top 62 of North American skaters in the NHL’s Central Scouting, the class of 2022 is going to have a Storm footprint.

“It’s very special that we have such a solid group of guys from one team,” Jake Karabela said. “It’s pretty impressive, and shows we have a good core moving forward in Guelph.

“For us, being able to share that with each other [is awesome].”

In addition to Karabela, Michael Buchinger, Matthew Poitras, Danil Zhilkin are projected to go in the first three rounds while Braeden Bowman is ranked 194th.

“Obviously, it’s a special young group in Guelph and I’m really grateful for my teammates,” Buchinger said. “There’s some special hockey players in that group and I’m extremely grateful for the young group that we’ve got going through this process right now.”

Of course, Guelph is not averse to producing NHL talent. During the 2021-22 NHL season, 19 Storm graduates played in the league including Tyler Bertuzzi, Dustin Brown and Drew Dougherty. Steep in history, the Storm also boasts graduates such as Todd Bertuzzi, Ryan Callahan, Dan Girardi, Manny Malhotra and Jeff O’Neill, among many others.

It’s what makes Guelph such an appealing place to play junior hockey.

“It’s a special organization,” Buchinger said. “The coaching staff, management, the ownership is extremely helpful. It’s a professional environment. What they preach in the dressing room, on the ice, in practice, in games, it’s all very professional. The coaches demand a high standard but they teach a lot and help players develop.”

Buchinger, Karabela and Poitras all played in the 2022 Kubota Top Prospects game where Karabela had an impressive showing as he scored the game-winner as Team White won 3-1.

Karabela tallied 12 goals and 45 points in 68 games while Buchinger led the Storm in scoring among d-men with 44 points and was named to the OHL’s First All-Rookie Team.

Both Zhilkin (55) and Poitras (50) hit the 50-point plateau while Bowman’s 27 goals ranked second on the Storm.

“I was given a great opportunity by the coaching staff and put into a lot of situations,” Buchinger said. “The players on the team helped me with that achievement and it’s definitely special to me. I was happy with my season but after the Christmas break, I took a step in my season and really went forward.”

And it all now leads to the 2022 NHL Draft and the moment of a lifetime. Yes, the teammates have discussed the possibility that one team will pick multiple players from the Storm but that’s not at the forefront of their thinking.

“Frankly, we want to get drafted,” Karabela said. “It doesn’t matter where. We’re going to showcase what we can do and we’re going to prove that one day we can play in the NHL for that team.

“[But] my excitement level is through the roof. As a kid you always dream of getting your name called and getting drafted and for it to become a reality soon is definitely something I still can’t wrap my head around.”