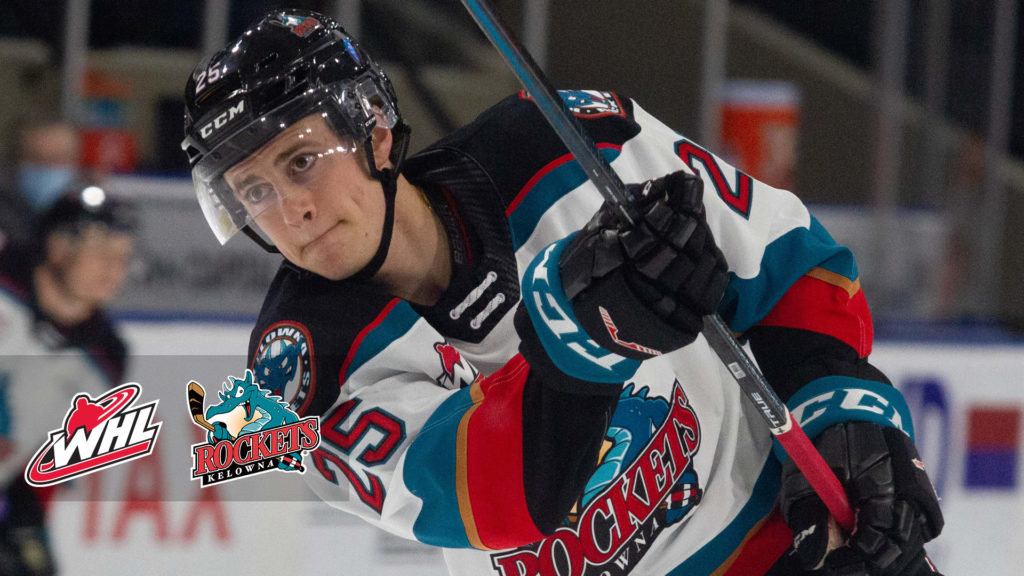 “I am very excited that we are naming Tyson Feist our team captain,” said Hamilton. “He brings excellent leadership skills to our team this year. I know he has earned the respect of his fellow teammates with his tremendous work ethic. His never back down attitude will spread throughout our team every day they are together.

“He has improved every day since he has joined our organization. We are all very happy and proud of Tyson, and look forward to him being our team captain this year.”

Kelowna did not have a captain last season, electing to use a rotation of assistants instead. New Jersey Devils prospect Nolan Foote was the most recent captain, during the 2019-20 season, he departed the Rockets to play within the Devils system last season.

The Rockets have not named assistant captains for the season yet.

“It’s a huge honour, especially in this organization where there have been a lot of great captains,” said Feist. “To be one of those guys to wear the C and lead the team is a huge honour for me.”

The Dawson Creek, B.C. product is in his fourth Western Hockey League season, playing for the Rockets, Spokane Chiefs and Regina Pats. Kelowna acquired Feist from the Pats in January 2020.

“Tyson exudes leadership and character,” said Rockets head coach Kris Mallette. “He will be a great example for our group both on and off the ice.”

He recently attended the Arizona Coyotes development camp, earning an invite after he went undrafted.

Feist will debut with the ‘C’ on Friday night when the Rockets open their season on the road against the Victoria Royals.