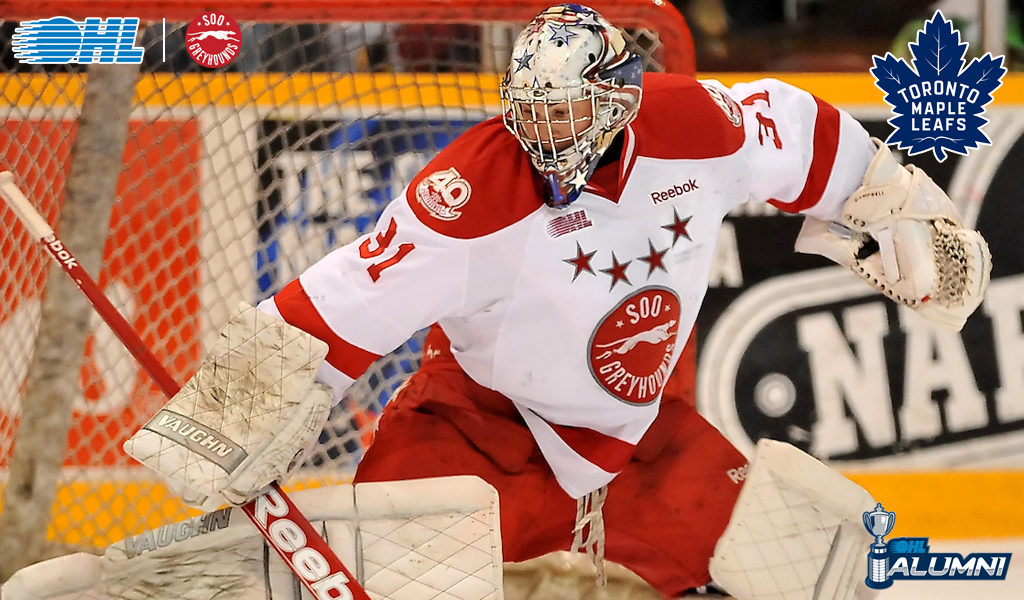 Toronto Maple Leafs GM Kyle Dubas and netminder Jack Campbell are familiar with each other. As a matter of fact, they have come full circle.

Nine years after Dubas brought Campbell north from Windsor to Sault Ste. Marie in the OHL, he set the flight path northbound in bringing the netminder from the sunshine of Los Angeles and into the spotlight in Toronto.

The move came after the Port Huron, Mich. native had been provided confidence and opportunity while appearing in 51 games for the Kings over two seasons.

And while is often the case, patience would be a virtue, and opportunity would eventually present itself and yield results for the 6-foot-2, 197-lb netminder.

After appearing in six games during the unusual Covid-bubble season of 2019-20 with the Leafs, Campbell would enter the current season among three netminders on the depth chart;  himself, Frederik Andersen and Michael Hutchinson.

The season would start anything but ideal, as in his second start of the year Campbell would suffer a left leg injury that would see the former U.S. National Program standout miss over a month before returning to the crease a month later on February 27.

Another delay would present itself, but since March 20th Campbell has suited up in seven of the last nine games for the Leafs.

That stretch would be part of a season that has now been record setting for Jack.

Thanks to a 31 save performance on Wednesday (on 33 shots) against Montreal, Campbell set a new Leafs franchise record by starting the season with ten consecutive victories. In doing so, he passed former Leafs Felix Potvin, Jacques Plante and John Ross Roach in the team record books while joining Carey Price as the only other goalie in NHL history to start a year in such manner.

Life in the Capital of Ontario, and with the ‘Buds’ has presented an opportunity for the former Greyhound to write a script of a Cinderella story.

There’s still sixteen games left on the NHL regular season schedule but with 10 wins personally, and the Leafs sitting at the top of the North Division, Campbell is painting a feel-good story for us all to enjoy.