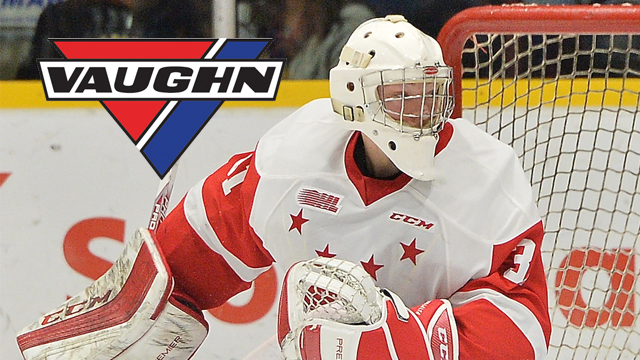 Toronto, ON – The Canadian Hockey League today announced that rookie Matthew Villalta of the Sault Ste. Marie Greyhounds is the Vaughn CHL Goaltender of the Week for the week ending March 5 after posting a 2-0-0-0 record including a shutout victory with a goals-against-average of 0.50 and save percentage of .985.

Villalta earns the award for the second time this season turning aside 64 shots in a pair of road victories for the CHL’s fifth ranked Greyhounds who continue to hold first place in the OHL’s West Division with a 43-15-3-1 record.  On Friday night he earned first star honours posting his first career shutout, a 37-save performance, as part of a 6-0 win over the Guelph Storm, then finished the week Sunday making 27 saves and earning second star honours in a 2-1 triumph over the Kitchener Rangers.

A 17-year-old from Kingston, ON, Villalta committed to the Greyhounds prior to the 2016-17 campaign after competing last season as a member of the Greater Kingston AAA Midget Hockey Club last season.  He currently carries a 22-2-0-0 record powered by 16-straight wins earlier this season and holds the league’s fifth best goals-against-average with a mark of 2.51 along with a solid save percentage of .913.