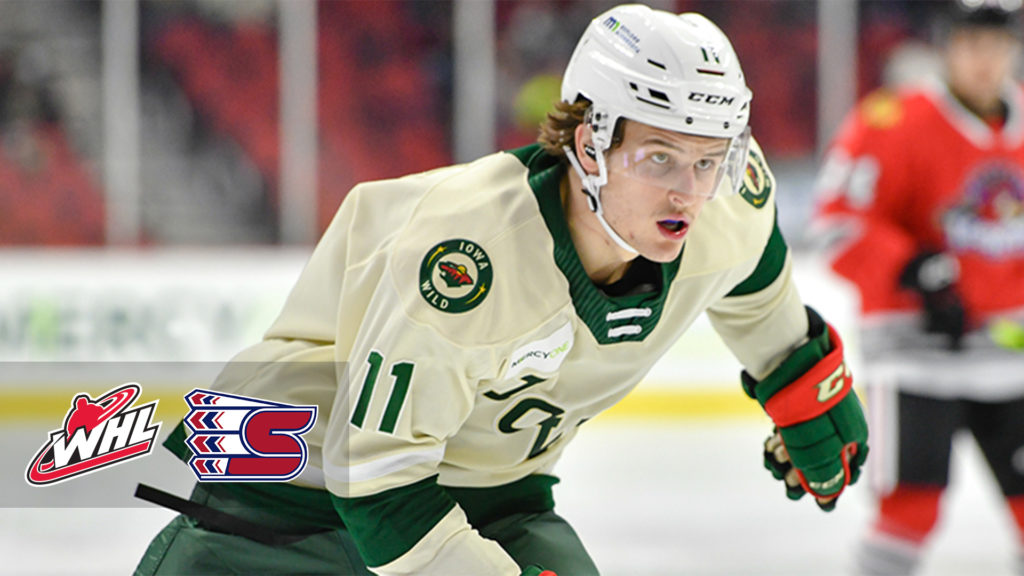 The WHL’s leading scorer from 2019-20 is on his way back to the Spokane Chiefs.

The AHL’s Iowa Wild announced on Saturday afternoon that Adam Beckman had returned to the Spokane Chiefs to prepare for the start of the WHL’s U.S. Division season, which is set to begin Thursday, March 18.

After hearing his name called in the NHL Draft, Beckman lit up the WHL for an encore as he exploded for 107 points (48G-59A) in 63 games during the COVID-19 shortened 2019-20 season. The incredible performance earned Beckman the Four Broncos Memorial Trophy as WHL Player of the Year, the Bobby Clarke Trophy as the WHL’s Top Scorer, and a place on the WHL’s Western Conference First All-Star Team.

Beckman and the Chiefs are scheduled to open the 2020-21 WHL season on Friday, March 19 when they visit the Seattle Thunderbirds.

Forward Adam Beckman has returned to Washington to prepare for a WHL season with the Spokane Chiefs! Best of luck, Adam! ?https://t.co/tiuh6DOVBy