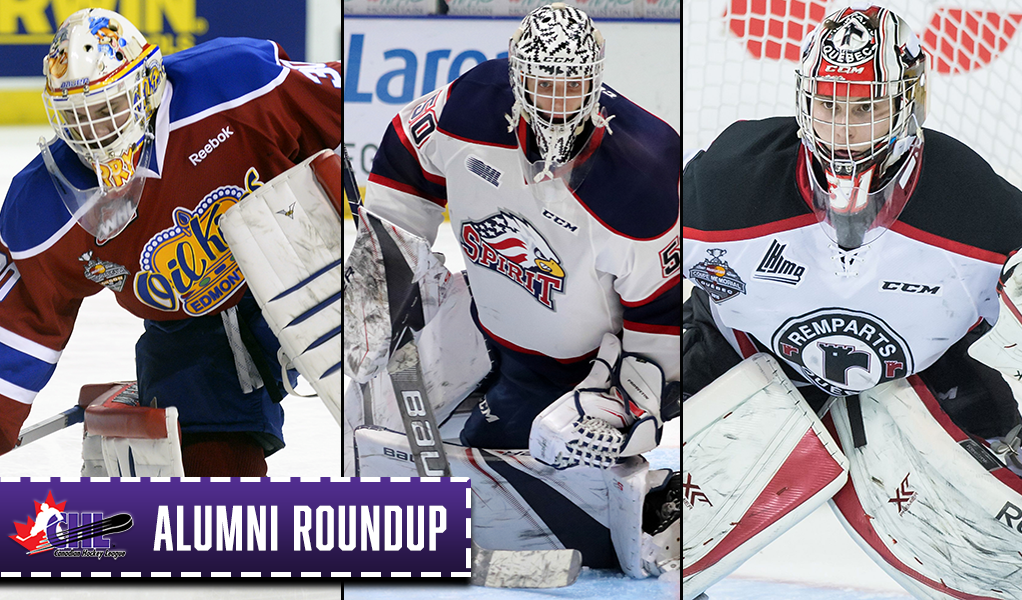 December was another month loaded with achievements for Canadian Hockey League alumni in the pro ranks and on the international stage.

It also brought at end to a decade where many former stars made their mark in NHL history.

On the back end, another four defencemen from the CHL rank among the NHL’s top point producers including Brent Burns (Brampton Battalion) with 548 points for the San Jose Sharks, Keith Yandle (Moncton Wildcats) recorded 495 points between Arizona, New York, and Florida, Kris Letang (Val-d’Or Foreurs) reached 455 points for the Penguins, and John Carlson (London Knights) tallied 453 points for the Washington Capitals.

One more look back at the 2010s before we open the 2020s outdoors at the #WinterClassic in Texas.#NHLStats: https://t.co/ni7w1s5pyc pic.twitter.com/CYtypE6SSH

Jonathan Huberdeau (Saint John Sea Dogs) was recognized as the NHL’s First Star of the Month tying for the most points in December with 22 including six goals and 16 assists for the Florida Panthers.  In that stretch he surpassed a pair of milestone marks including 500 games and 400 career points since hoisting the Memorial Cup as tournament MVP and being the third overall pick in the 2011 NHL Draft.

Another Memorial Cup winner was recognized for his achievements in December.  Goaltender Tristan Jarry, who won in 2014 with the Edmonton Oil Kings, was the league’s Second Star of the Month leading all netminders with eight wins, three shutouts, and a goals-against-average of 1.54 for the Pittsburgh Penguins.  His shutout streak of 173:06 established a new franchise record.

Milestone marks were also achieved in December in the form of Joe Thornton (Soo Greyhounds) of the San Jose Sharks becoming just the 12th player in NHL history to play 1,600 games.  Eric Staal (Peterborough Petes) hit the 1,000 point mark with the Minnesota Wild, and Marc-Edouard (Quebec Remparts) played in his 1,000th game with the San Jose Sharks.

Make it a double!

The NHL also announced rosters for the 2020 All-Star Game headlined by a pair of fan elected captains like Connor McDavid (Erie Otters) of the Edmonton Oilers for the Pacific Division, and Nathan MacKinnon (Halifax Mooseheads) of the Colorado Avalanche representing the Central Division.

The #NHLAllStar teams have been revealed! 🌟

Sticking in goal, 2019 grad Ivan Prosvetov (Saginaw Spirit) earned his first career shutout for the Tucson Roadrunners before receiving a call up by the Arizona Coyotes, and Philippe Desrosiers (Rimouski Oceanic) set a Springfield Thunderbirds record with a 62-save performance.

NEW T-BIRDS FRANCHISE RECORD! Congrats to net-minder @pdesro30 being only the seventh goalie in AHL history to make 60+ saves in a regular-season game since 1995. pic.twitter.com/1eWoEGxJRW

December was also golden for Team Canada and 18 CHL grads at the Spengler Cup following a 4-0 shutout victory over Trinec Ocelari for Canada’s 16th title.