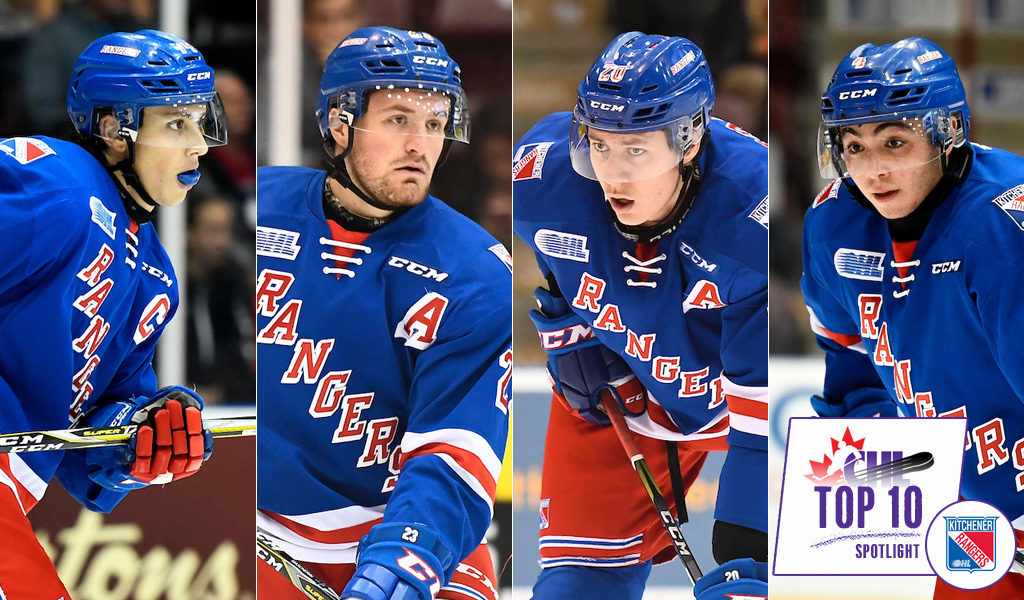 The Kitchener Rangers are picking up steam.

It’s been nine years since they last won a Midwest Division title, but the Blueshirts are riding high on a five-game winning streak entering this weekend’s action, boasting a 25-11-2-0 record and a nine-point lead over second place London.

The latest triumph came Tuesday when Luke Richardson made 43 saves for his first career OHL shutout and Adam Mascherin stretched his current point streak to 15 games in a 3-0 blanking of the visiting Barrie Colts, effectively ending their six-game winning streak.

As reported by the Waterloo Region Record’s Josh Brown, Rangers head coach Jay McKee will be shelling out some money at The Keg in the coming weeks as a result of big promises made to his special teams units upon returning from the holidays.

“I told the guys after the Christmas break that in the next four games if our power play is 30 per cent or better that I’d personally take the power play guys out to the Keg,” McKee told Brown.

It turns out the Rangers are 5-for-11 on the power play since Christmas and have killed off all 12 disadvantages they’ve faced in that span.

The aforementioned Mascherin, a second round pick of the Florida Panthers in 2016, has been nearly automatic since late November, scoring in 11 of 15 games on his current point streak, lighting the lamp 17 times in that span.

A student of the game, Mascherin spends time studying opposing netminders and the hard work has paid off.

“I just try to pick out stuff,” he told Brown after a recent four-goal outing in Peterborough on New Year’s Day. “If it’s a big game and there is a goalie on a hot streak, I’ll look to see what’s making him successful and how teams are getting to him.”

The diminutive 5-foot-6, 167Ib. speedster has been all over the ice this season, literally. Garreffa has split time between the forward and defence corps, filling in for injuries while recording three separate four-assist performances for an overall total of 34 including seven goals and 41 points in 38 games.

The Rangers have the smallest player in the league, but they also boast one of the CHL’s biggest too in Winnipeg Jets prospect Logan Stanley, a Mastercard Memorial Cup champion with the Windsor Spitfires last season. The native of nearby Waterloo, Ont. scored on Tuesday and has nine goals, 19 assists and 28 points in 35 games this season.

Perhaps the biggest question mark in Kitchener has come in the crease where St. Louis Blues prospect Luke Opilka has been sidelined all season by a second hip surgery while overage QMJHL addition Anthony Dumont-Bouchard started strong before suffering a concussion back on Oct. 15th.

While Richardson has had an up-and-down campaign, he’s come into his own in the last three weeks, going 5-0-0-0 with a 1.98 goals-against average, a .939 save percentage and one shutout since December 17th.

The Rangers are getting people’s attention and make their second appearance in the weekly Top 10 Rankings this week, coming in as the seventh ranked team in the CHL.

Kitchener hosts the Mississauga Steelheads on Friday before taking centre stage on Sportsnet’s CHL Saturday Showcase at 3:30pm ET when they visit the Owen Sound Attack. Catch the action from coast-to-coast with RJ Broadhead and Sam Cosentino.