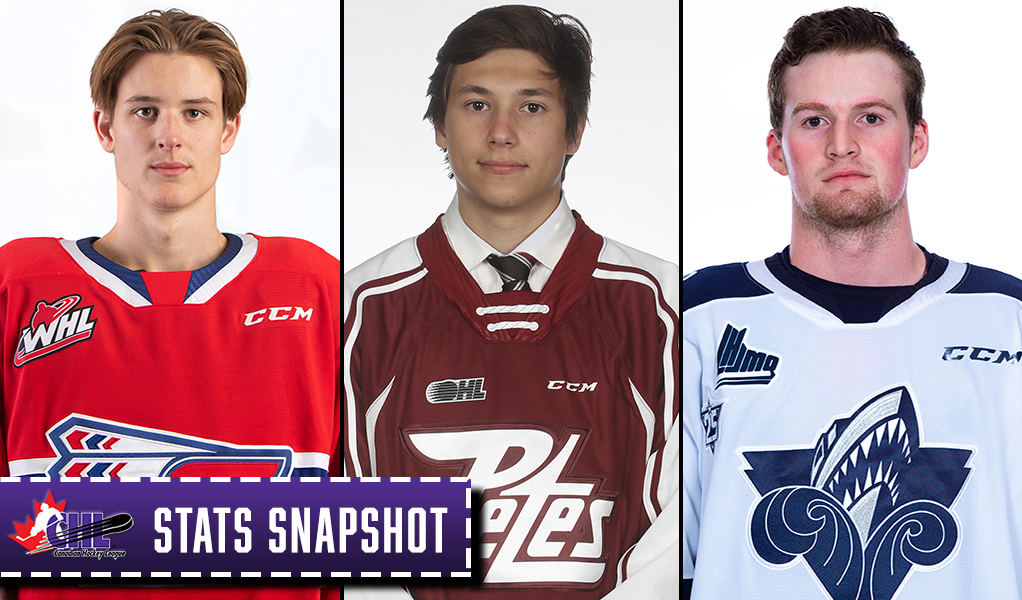 It all starts with playmakers, namely the 22 talents across the Canadian Hockey League who have already reached double digits in the assists column this season:

Lafreniere living up to the hype

Rimouski Oceanic left-wing Alexis Lafreniere entered 2019-20 as the favourite to be selected first overall in the coming NHL Draft in Montreal, and the early returns have only further hammered home that projection.

Through 10 contests, Lafreniere leads the entire circuit with an astounding 17 assists, having picked up at least one helper in all but one game this season. There has also been six nights where the Quebec native has tallied at least two helpers. His top performance came in a 6-3 win over the Drummondville Voltigeurs to close out September in which he collected three assists. He was then back at it the next game, picking up another three assists versus the Cape Breton Eagles, including a helper on Cedric Pare’s eventual game-winning goal.

Topping the charts in the assists column in the OHL is Peterborough Petes centre and Toronto Maple Leafs prospect Semyon Der-Arguchintsev with 16 helpers on the season.

That stretch has seen Der-Arguchintsev notched at least one helper in seven of nine appearances, plus an impressive four-assist night versus the Windsor Spitfires in which he was recognized as the game’s second star. That contest marks one of four in which the budding talent has registered at least three assists. Also impressive was a three-assist season debut over the then top-ranked London Knights that saw Der-Arguchintsev factor in on Nick Robertson’s eventual game-winning goal early into the final frame.

It's another milestone match up for one of your Petes – SDA is playing in his 200th @OHLHockey game tonight! Congratulations, Sem!#GoPetesGo pic.twitter.com/VtHKV46a3Y

Around the OHL, other top playmakers include Saginaw Spirit defenceman Ilya Solovyov with 14 assists, as well as Sudbury Wolves centre Quinton Byfield and Spirit centre Cole Perfetti each with 12, plus Petes blue-liner Declan Chisholm and Niagara IceDogs right-wing Philip Tomasino both with 11 helpers.

Beckman ahead in the West

Leading the way in the WHL is Spokane Chiefs left-wing and Minnesota Wild draft-pick Adam Beckman with 10 assists, the lone league talent to reach double digits in the helpers column.

Across eight contests this season, Beckman has found the assist column five times, with each occurrence ending with a pair of tallies. The Saskatoon native started the season on a high note in picking up two assists in back-to-back contests, while he also repeated that feat in his most recent game, a 6-1 victory versus the Victoria Royals in which he contributed on the game-opening goal before adding his second assist. 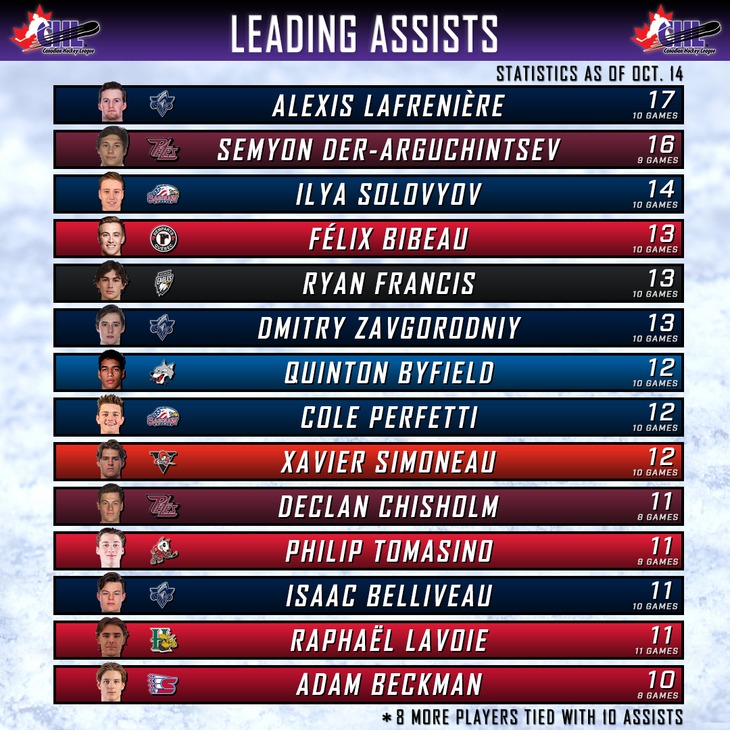