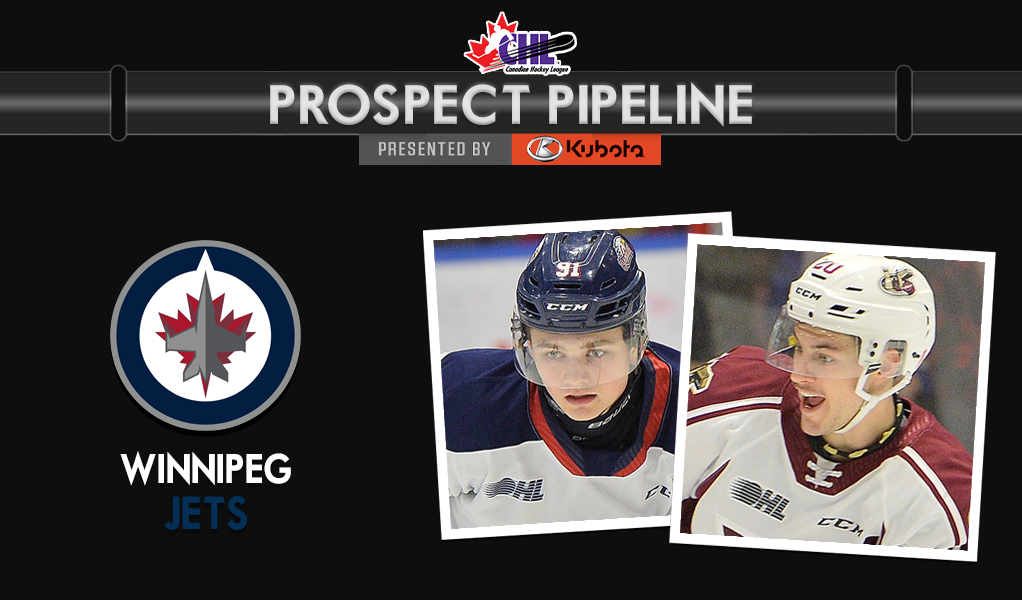 A physical, competitive blue-liner, the Seattle Thunderbirds rearguard plays with intimidation while also continuing to round out the offensive side of his game. Spending the past three seasons with the Thunderbirds, the native of Cochrane, Alta., has accumulated 38 points over 149 career contests, highlighted by a three-goal, 14-assist finish in 2019-20. A natural leader, the first-year captain then returned for the WHL’s recently completed campaign where he provided seven points over the shortened season. Bauer, 19, was chosen by the Jets in the sixth round of last summer’s NHL Draft.

A modern defenceman with high-end puck-moving ability and intriguing offensive upside, the Peterborough Petes rearguard capped off the 2019-20 campaign with a career-high 69 points coming in 59 outings, good for third in overall team scoring and third-best among all OHL defencemen. In all, Chisholm’s time with the Petes has totaled 214 career contests in which he has registered 22 goals and 120 assists for 142 points. A 2018 fifth-round selection by Winnipeg, Chisholm played the past season on loan in the minor-pro ranks, seeing 28 appearances with the AHL’s Manitoba Moose in which he tallied two goals and 11 assists, good for second in team scoring among his fellow blue-liners. A 21-year-old native of Bowmanville, Ont., Chisholm has also earned opportunities internationally, helping Team Canada Black to a silver-medal finish at the 2016 World Under-17 Hockey Challenge.

First pro season in the books ✔#PetesAlumni Declan Chisholm chats about adapting to playing pro hockey, his on-ice success, and what he's doing to gear up for the 2021-22 season ⬇️ https://t.co/rOOsbQ8vhM

One of the most gifted talents in the circuit, Perfetti has been an offensive force over his two seasons with the Saginaw Spirit. Originally chosen with the fifth pick in the 2018 OHL Priority Selection, Perfetti’s story begins with a dominant freshmen campaign in which he headlined all first years with 37 goals and 74 points to earn a spot on the OHL First All-Rookie Team. Not yet finished, Perfetti then found another level in his second season, exploding to a 111-point finish that ranked second-best league-wide and made the 2002-born forward one of just six players from coast to coast to reach triple-digit production. Once again, Perfetti was recognized for his accomplishments at year-end as he was named to the OHL Second All-Star Team, while the ensuing months saw him selected by Winnipeg at 10th overall in the 2020 NHL Draft. The budding left-wing then tried his hand on loan in the minor pros for the past season, putting together an impressive performance with the AHL’s Manitoba Moose that neared point-per-game production as he collected nine goals and 17 assists through 32 games to rank second in team scoring. Elsewhere, the native of Whitby, Ont., has also witnessed success on the global stage as his international resume counts a pair of silver-medal wins from the 2019 Hlinka Gretzky Cup and the 2020 World Juniors, while most recently he helped the Great White North to a gold-medal victory at the World Championship. 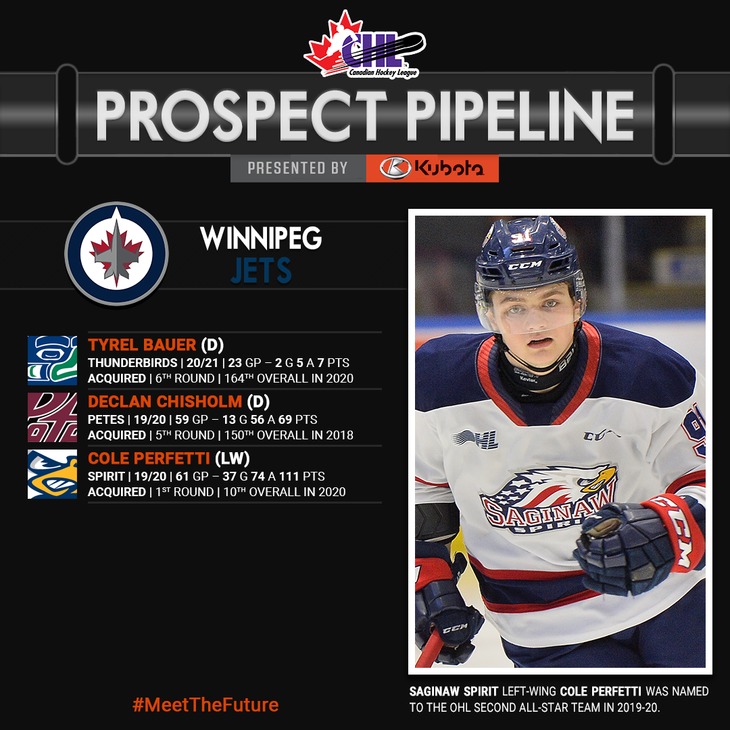